Mike BBnaija is such a popular term you will hear on the lips of many Nigerians. However, it will please you to know that his real name is Mike Edwards. Who is Mike Edwards? This article covers all you will want to know about Mike Edwards, such as biography and lifestyle. A man of many true characters, Mike is famed as a professional high-jump athlete.

Mike Edwards is a former Big Brother Naija housemate and 1st Runner-Up in the 2019 Big Brother Naija TV Reality Show tagged Pepper Dem Gang. He is currently a professional athlete, a model, a business magnate, an investor, an entrepreneur, a CEO, a caring husband and a television personality.

Everyone has been curious to know more about Mike Edwards since he ever stepped into Big Brother Naija in 2019. He is viewed as a man of many true characters big Brother Naija Season 4 was the fourth season of the Nigerian version of the Big Brother reality show. The Big brother Naija show is produced by one of South Africa’s award-winning production company, Ochre Moving Pictures. The Big Brother Naija Season 4 was launched on 30th June 2019 on DStv channel 198. The host of the show since season one is also an ex-housemate, Ebuka Obi-Uchendu.  The winner of the reality show won ₦60 million worth of prizes. Mike Edwards turned out to be the first runner up in the house and earned the love of many viewers. He comported himself well all through and displayed a lot of maturity. biography and lifestyle?

Mike Olayemi Edwards is originally from Lagos state, in the Southwestern part of Nigeria. Mike was born on the 11th of July, 1991 (this makes him 29 years old at the time). He was born to a Jamaican father and a Nigerian mother. Mike was brought up in Manchester in the United Kingdom, where he completed his basic education, high school and university education.

Mike Edwards is a professional athlete who has represented Great Britain in the past. Mike is also an entrepreneur who owns his business, a cigar company called Aireyys. This makes Mike the owner of the first black-owned cigar company located in the United Kingdom.

Let us get a little more personal on Mike’s life. Mike Edwards is married to Perri Shakes-Drayton, who is a British athlete. They got married in London in 2018 after dating for several months.

One thing that endeared the hearts of many Nigerians to Mike when he was at the BBNaija house was that Mike never had anything romantic to do with any female housemate. This struck many as odd in a prevailing culture where most Nigerian men are thought to be cheats. In the house, Mike Edwards often confessed his undying love for Perri and just how much he missed his wife.

Mike Edwards describes his highest point as when he got married to his wife and his lowest moment as was when he was banned from representing Nigeria at the 2018 Commonwealth games. Mike was declared ineligible to represent Nigeria at the Commonwealth Games because 11 years before then, he had represented Great Britain at the 2009 European Junior Championship.

Mike Edwards Net Worth and Business

You might be interested in knowing Mike Edward’s net worth. Mike is a professional athlete. Mike is also a professional businessman and a serial entrepreneur. Mike owns Aireyys, a cigar line which operates in the United Kingdom. Mike’s business has been endorsed by Steve Harvey, Essence Magazine and many other influential brands. Mike once remarked that he observed the gap in the business world and noted that many of the brands he supported did not represent the black community. This was why he created Aireyys, a brand to communicate class, attitude and culture. Mike has plans for further expansion in the African market, which is the reason he thought Big Brother would be a great platform for promotion of his business and as you can see, it did achieve this purpose. Mike Edwards also says he thought of this as an opportunity of a lifetime and took it since he will not be a sportsman for the rest of his life. Although, Mike hoped he would win the grand prize in the BBnaija reality TV show, he took the second position. Mike promised he wanted to win the BBnaija reality show so he could invest in his cigar business. Prior to the 2019 episode of the Big Brother Naija, most Nigerians had not heard of Mike before. This is because Mike was living in the United Kingdom with his wife at this time. In spite of his wealth and career, Mike describes himself as someone who never backs down from a challenge and that he was willing to join in the BBNaija challenge even if he had a million dollars.

Mike Edwards describes himself as a free-spirited person who loves being free and enjoying life. Most times on his social media page, Mike is seen hanging out with his wife

Mike and his wife are lovers of luxury cars and Mike is rumored to have a Rolls Royce Wraith worth thousands of Dollars. After the BBNaija season, Mike became a brand ambassador for big brands such as the car, Mitsubishi. Mike refers to himself as the ‘King of Cruistopia’ because he loves to enjoy life. Mike is not only blessed with good looks but also a smart head.

Mike Edwards has a net worth estimated to be around 150 – 200 million Naira at the moment. Mike’s Edward’s net worth is expected to grow bigger after he became the runner up at the Big Brother Nigeria reality TV show due to brand ambassadorship deals etc. 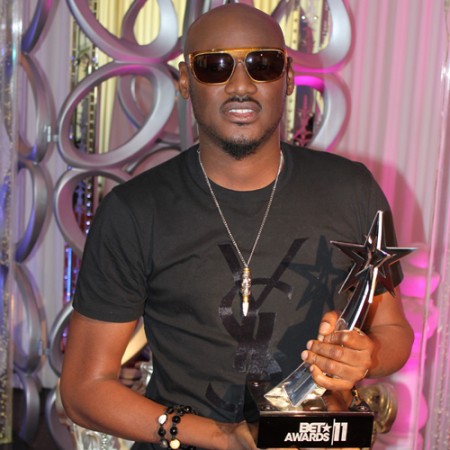