Dangote’s company, the Dangote Group is an African brand with operations in other African countries asides Nigeria. These include Benin, Ghana, Ethiopia, Senegal, Cameroon, South Africa, Togo, Tanzania and Zambia.

Currently, Dangote is the 67TH richest person in the world with an estimated worth of $12.5 billion.

Dangote was born with a silver spoon in to the prominent family of the Dangotes. Aliko seem to take after his great grand father – Alhaji Alhassan Dantata who was the richest man in Africa till his death in 1955.

As a young boy, Dangote had the entrepreneural blood flowing in his veins as he used to buy cartons of sweet and sell to friends just to make some extra money.

After his graduation, Aliko enrolled in Al-Azhar University in Cairo, Egypt where he took a business course.

At 20 years of age, Dangote established a small trading firm in 1977 which would later metamorphose to become the Dangote Group. The young man approached his uncle for a loan of N500,000 which he used to start the business. He was supposed to pay back the loan in 3 to 4 years but he was able to pay in 6 months.

After a while, his business grew large enough for him to become one of the major importers of these commodities. But Dangote knew he had to control the production of the commodities if he was to successfully scale the business.

A few years later, he was able to start the process of manufacturing and this led to his company being subdivided into 13 companies. Additionally, he was able to price his products a little lower than the competitors and this led him to taking a large share of the market.

Also, Dangote had always had an eye for befriending the right people and he was able to leverage on this network to grow his business.

Currently, the company has a multi-trillion naira conglomerate and some of their popular products include Dangote Cement, Dangote Sugar and Dangote Flour.

The company is a major supplier of sugar to soft drink companies, breweries and confectioners.

Dangote also has interest in transportation. The company currently manages the fleet of staff buses used by the Central Bank of Nigeria.

Presently, the Dangote Sugar Refinery is the largest refinery in Africa and the third largest in the world. The refinery produces 800 000 tonnes of sugar annually.

Also the Dangote Group owns salt factories and flour mills. Additionally, the company is a major importer of rice, fish, pasta, cement and fertiliser. They are also involved in the export of cotton, cashew nuts, cocoa, sesame seed and ginger to several countries. Dangote Group is known to have major investments in real estate, banking, transport, textiles and oil and gas.

The company has a staff strength of over 11,000 people and is currently the largest industrial conglomerate in West Africa.

The Dangote Brand doesn’t seem to ever rest his oars. The company is also interested in telecommunications and they have built over 14 000 kilometres of fibre optic cables to supply the whole of Nigeria.

Aliko Dangote is also an enthusiastic football fan. He is a fan of Arsenal and he was once reportedly interest in buying a 16% stake in Arsenal. But he seems to have postponed that until the completion of his refinery in 2019.

Aliko Dangote has always been a friend of the government. He was said to play a prominent role in the re-election of President Olusegun Obasanjo in 2003.

Also, he contributed N200 million to the building of the Presidential Library in Ogun State and the National Mosque in Abuja.

In 2011, he was given the second highest honour – the Grand Commander of the Order of the Niger by the President, Goodluck Jonathan.

During the Ebola epidemic in 2015, Dangote was said to have donated N150 million to help halt the spread of the disease.

In 2013, Dangote and six others were honoured with the citizenship of Arkansas State by the Governor of the State, Mike Beebe

In 2014, Dangote received the award from Forbes Africa as the Personality of the year.

He recently announced an investment in a private refinery where oil, fertilizer and petrochemical materials willl be refined. The investment is worth approximately $9 billion with a consortium of local and international lenders involved in the deal.

Also, he has made a decision to invest $1 billion in commercial rice farming and modern rice mills. Dangote Cement is also investing in new markets in Africa with plans to commission new plants in Kenya and Niger.

Aliko Dangote has been married twice and he has 3 girls namely Halima, Fatima and Sadia. Although, Dangote is a Muslim, he has never been a polygamist. His first wife was selected for him by family but he divorced her after some years. He later married Mariya Rufai but he would later divorce her and he hasn’t been married since then.

Although Aliko Dangote is currently the richest man in Africa, the journey was not exactly smooth and it took him over 30 years of perseverance and hard work to get to where he is today.

One of the role model he had was his uncle. Dangote learnt the ethics of hardwork when he worked with his uncle Sani Dangote and this helped him a lot to become the man he is today. 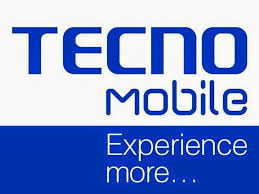