Idahams is one of the most recognized Nigerian entertainers from Rivers State. He is an award-winning music producer, singer, and songwriter who has been on the Nigerian music scene for over seven years now and is credited for several hit songs such as Amayanabo and No One Else. In this article, we’ll discuss his biography, right from his childhood in the creeks of Bonny Island up until now as one of Grafton Records’ most successful signees.

Idahams’ biography would be discussed below:

Idahams, whose real name is Hart Idawarifagha Ismael, was born in Bonny Island, Rivers State, on May 19, 1990.  He is of the Ibiani tribe of Bonny Island in Rivers State. He had his elementary and secondary school education in his hometown of Bonny Island. As far back as when he was just 10 years old, Idahams had already started doing music in his local Anglican church where he played a variety of instruments such as the guitar, keyboard, and trumpet. For most of his teens, Idahams was consistently involved in playing instruments for his local church until he left for Lagos State to study Marine Engineering in Seamanship at the School of Oceanography.

Idahams official entry into the Nigerian entertainment scene was in 2016 after a relative of his had played his demo for Tonye Ibiama, founder of Grafton Entertainment (or Grafton Records), an artist management and record label with dual headquarters in both London and Port Harcourt. Tonye Ibiama was pleased with Idaham’s talent from what he heard in the demo and offered him a record deal which Idahams accepted. The stage name Idahams is coined from the first three letters of his middle name (IDawarifagha), the first two letters of his first name (HArt), the third letter of his surname (IsMael), plus an ‘S’.

When Idahams signed a record deal with Grafton Records, it wasn’t only for his singing capabilities but also as a record producer. Remember, he spent most of his childhood playing instruments in his local church. Immediately after signing on to Grafton Records, Idahams went to work, releasing several singles that had moderate success in the Port Harcourt region, such as Toast and Anything for You. However, it was not until 2018 did he get his big break when fellow Port Harcourt musician signed to Grafton Records, Mr 2kay featured him on a single titled God Can Bless Anybody. Idahams’ verse on the song shot him into the limelight as critics and fans had positive reviews to give.

Later in 2018, inspired by the love story of Davido and then-girlfriend and (now wife), Chioma Avril Rowland, Idahams released a single titled No One Else. He would later enlist the help of Teni of Dr. Dolor Entertainment on the remix of No One Else, which received massive airplay across the country.

In the last quarter of 2019, Idahams, through Grafton Records, dropped his debut extended playlist (EP) titled Amayanabo. The 6-track EP spoke about Idahams’ journey from the creeks of Bonny Island to becoming a musician of national repute. The songs of the Amayanabo EP include Gbese, Amayanabo, Off for You, Yarinya, Hustle, and No One Else remix.

Two months after the release of his debut EP, Idahams released a hit single titled Billion Dollar, after signing a new deal with Universal Group through a joint partnership established by Grafton Records.

On June 12, 2020, Idahams released his second EP through Grafton Records titled Man on Fire. The EP consisted of seven songs, including Ada, Blessing, Local Girl, Oghene Doh, Man on Fire, Enter My Eye, and Shima. Orbeat, Yussy Beatz, Tu2, and Ayzed contributed to the production of Man In Fire EP. In March 2021, the deluxe edition of Man on Fire EP was released. The deluxe edition contained four tracks. These are: God When, Belle, Blessings, and Local Girl.

In 2022, Idahams dropped his first album titled, Truth, Love & Confessions (TLC), through Grafton Records and Universal Music Group. He was part of the production team alongside Yussy Beats, Micron, Orbeat, Prince D, Mr. Mayer, and Fardigo, while Ajebo Hustlers, Xenia Manasseh, Zack Zoya, Muthaka, Metha4our, and Tugga Skii were featured as guest artists. The 13-song album narrates Idahams’ most sombre life experiences, from the grief of losing his parents and his bittersweet adventures with romantic love to his eccentric escapades with an Abuja-based ‘sugar mummy’.

The songs that make up the album include Gratitude, Che Che, Bad Girl, Hate That I Love, Odeshi, Lovina (remix), Kpofire, Go Again, Oyeh, Somebody’s Daughter, Pressure, Where I’m From, and Rapid Love.

As we mentioned earlier, Idahams is also a record producer. Aside from some of the songs he has produced, Idahams has also produced for artists like Duncan Mighty, Solidstar, Kelly Hansome, Dany Boy, and Double Jay. He’s won several awards as a music producer such as the 2015 NDDA Awards for Best Producer and the 2018 BAE Awards for Music Producer of the Year for No One Else.

Below are the EPs Idahams has released:

Here’s the album Idaham has released:

Here are some of the songs Idahams has featured as a lead artist or as a guest artist:

According to several online publications we consulted, Idahams has an estimated net worth of $50,000. 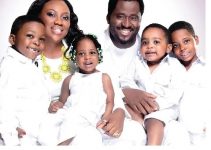