Igbo-Ukwu culture has been in existence since before the beginning of colonial rule in Nigeria. Igbo-Ukwu town is made up of three districts, Ngo, Ihite and Obiuno, and bordered by Ichida, Azigbo, Amichi, Oraeri, Isuofia, Ikenga amongst others. It is located close to Onitsha in Anambra state in South Eastern Nigeria. The existence of the Igbo-Ukwu culture was made possible after the discovery at Chief Isaiah Anozie’s compound at Igbo-Ukwu in 1938. In this article, the significance of Igbo-Ukwu culture in Nigerian history will be looked into broadly.

The significance of Igbo-Ukwu culture in Nigerian history will be discussed below:

Igbo-Ukwu is prominent in three archaeological locations. In these locations, bronze antiques made from elegant bronze metal working technology were found dating as far as the 9th century AD. All these happened in Igbo-Ukwu centuries before other regions started working with bronze. These archaeological locations date back to 850 AD and have made Igbo-Ukwu culture the earliest known bronze casting in the entire region.

The very first location of the discovery of Igbo-Ukwu antiques is called Igbo Isaiah. It was named by Thursan Shaw, an archaeologist, who later discovered two more locations. He named this first location after Chief Isaiah Anozie who was the first to discover the bronze works in his compound when he was farming in 1938.

In this very first location, Isaiah discovered five bronze antiques. These five bronze antiques include a head of a ram, a small staff, a designed vessel shaped in the form of a crescent, a small pendant shaped in the form of a chief’s head with marks on the face, and a big Manila. These antiques originally uncovered by Chief Isaiah Anozie are currently in the British Museum array. It was evident that Chief Isaiah’s farm was on top of the remains of an ancient ceremonial shrine that existed over a thousand years before he discovered them.

It was later discovered in later years by Archaeologist Shaw that Igbo Isaiah was a shrine. In this location, Shaw later excavated bronze items that included jewellery, ceremonial pots, pot stands and different regalia.

These showed that the Igbo-Ukwu people had an established religious system way back before the beginning of colonial rule.

In 1959, the Nigerian government requested that an archaeological excavation be carried out in the Anozie family compound. This excavation was carried out by Archaeologist Thurstan Shaw as earlier stated. He then discovered two other locations that had bronze antiques fashioned similar to the original ones first discovered by Chief Isaiah Anozie. He named the second and third locations Igbo Richard and Igbo Jonah respectively. He named the sites after the Anozie brothers.

After the excavation, antiques including ceramics, jewellery, many bronzes, iron and copper items, as well the remains of an elite clothed in metal regalia, are evidence of an elite burial for an influential person. He also found various glass beads, clothes as well as elephant tusks. It was evident that Igbo Isaiah was a burial ground.

In the third archaeological location, Igbo Jonah, Archaeologist Shaw found quite a number of ceramic fragments, glass beads, and many bronze items. This particular location was a refuse disposal dump.

Other items discovered at the Igbo-Ukwu archaeological locations include a leopard image that implied symbolic importance attached to such images. Also, it had been said that the meaning of the Igbo-Ukwu items might lie with the Nri people who reside in the lower Niger province of Nigeria.

The Igbo-Ukwu people are the ancestors of the present-day Igbo people.

The Igbo-Ukwu people were also the earliest copper smithers. These people are among the very first people in West Africa to use the Lost-wax casting techniques in producing bronze sculptures.

These discoveries in the three archaeological locations show that the ancient Nigerian people in the Igbo-Ukwu society ran an economy based on farming and trade with other African people.

The ancient Igbo-Ukwu culture left behind a rich record of visual art. It also shows that the people of the Igbo-Ukwu were talented in craft making. The Igbo-Ukwu artists embodied sophisticated symbolism in their artworks. They were keen on details in designing and decorating their work of art. The Double egg pendant, found among the archaeological locations among the jewellery, portrayed two eggs capped by a bird facing down. Also, tiny insects can be seen decorating the surface of the egg images. Some philosophers have suggested that the Double egg pendant image depicted fertility and generative power.

The Igbo-Ukwu culture in relation to Nigerian history also shows that the ancient Nigerian people already had a settled life and were doing fine for themselves even before the arrival of the colonial masters. The discovered items in the different archaeological locations such as bronze helped to promote the heritage and culture of the Nigerian people to the outside world, as the discovered items are placed in the British Museum. 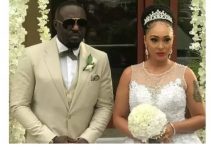 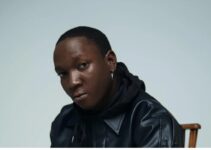