This is an expose on the worthwhile information on the wife of Richard Mofe Damijo, Jumobi Adegbesan :

Jumobi Adegbesan was born in Lagos State on the 27th of January 1972.

Jumobi Adegbesan Mofe Damijo was formerly a Television presenter with African Independent Television (AIT) in the 90s. Back in the day, she was very popular for hosting the Lunch Break show. Her Lunch Break show of the ’90s which she anchored was a prominent show that was shown on the African Independent Television. This particular show was a music/entertainment show in which she hosted celebrities and stars of varied endeavours,  and discussed trendy topics. During the course of the show, people called in to request for songs to be played. It was a show where people got the opportunity to watch trendy music videos.

After her marriage with Richard Mofe Damijo in 2000, Jumobi quit her job as a television host. She then ventured into the corporate and business world.

On the 29th of December, 2000, Jumobi Adegbesan got married to Richard Mofe Damijo. They have been married for over 2 decades. She has four children with Richard, two boys and two girls. She is also the stepmother of one and a step-grandmother of two. She has built a very good family with her husband over the years.

Jumobi’s step-son Oghenekome Mofe Damijo is happily married to his heartthrob, Eniola. The couple got married in 2013 and is blessed with 2 beautiful children, a boy, and a girl.

Jumobi’s first daughter with Richard Mofe Damijo is Nicole Mofe Damijo. One of Nicole’s greatest accomplishments was when she attended the Obama Foundation summit and she was then singled out by Barack Obama himself for a discussion to talk about her life and work. Her father RMD, could not contain his joy as he took to his social media page to celebrate Nicole’s achievements.

Little or no information is known about her fourth child with Richard Mofe Damijo.

Although she has tried to keep her personal life and family from prying eyes by shying away from social media, her husband doesn’t relent to sing her praises on his social media page. He fondly calls her Aabike, which means the one to be taken care of, Oluwaseunfunmi, which means God did this one for me, and Adunmaradun, which means shining black glamour.

Jumobi does not have a social media presence. She believes this would keep her home from the prying eyes of the public.

Jumobi Adegbesan Mofe Damijo has a butterfly tattoo on one of her breasts. She has achieved a lot of success since she left African Independent Television (AIT) in both her business and in the corporate world. 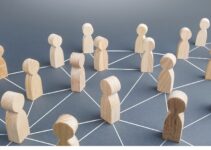 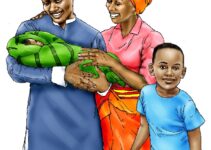