The names, ‘Biodun Fatoyinbo’ as well as COZA are not strange names to the average Nigerian. As expected, these names would mean different things to different people because of the stories in recent times. This article provides you with all information you need to know about Biodun Fatoyinbo; his Biography, Lifestyle, Net worth, Career, etc. 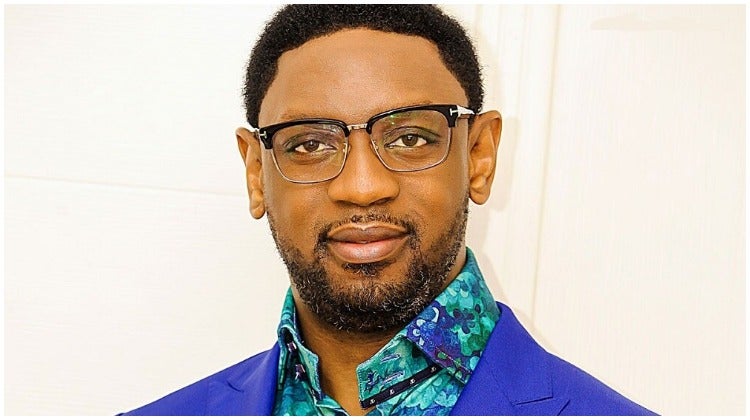 Read on below to find out more:

Biodun Fatoyinbo was born on the 1st of January,1976 which puts him in his mid-forties. He is the Senior Pastor of the Commonwealth of Zion Assembly (popularly known as COZA). COZA is a popular church with branches in Abuja, Ilorin, Lagos and Port Harcourt in Nigeria. The church also has a branch outside of Nigeria, in Dubai. Biodun Fatoyinbo pastors COZA church along with his wife, Modele Fatoyinbo and they have four children. They are numerous stories and information out there about Biodun Fatoyinbo. This is because Biodun Fatoyinbo is a public figure in Nigeria as well as an international figure which makes him a centre of attention.

Biodun Fatoyinbo was born on the 1st of January, 1976. He was raised in Ilorin, the capital of Kwara State in Nigeria. He attended the University of Ilorin but did not get to complete his education in the school. He then moved on to the University of Benin.

Biodun Fatoyinbo is married and lives in Abuja, Nigeria with his wife, Modele Fatoyinbo. This couple are blessed with four children. Biodun Fatoyinbo is a Pastor and a wealthy one at that. He has many times shown his love for luxury through his material possessions such as his outfits or the setting of his home on Instagram. It is for this reason; many refer to him as ‘Gucci Pastor’

Pastor Biodun Fatoyinbo is the senior pastor and founder of the Commonwealth of Zion Assembly (COZA). He is believed to have a congregation of over 20,000 people, physically present at his various branches in Nigeria and Dubai. It is estimated that around forty thousand other persons listen to his messages online across the other continents.

Many report that at the start of Biodun Fatoyinbo’s ministry, he had very few people around him when to support him. His journey towards success as a Christian speaker was a difficult one. His wife, Modele however stood by him when he had not yet accrued the wealth and fame he now has. He decided to found a church in the city of Ilorin. COZA started out as a Non-Governmental Organization (NGO) in the year 1999 in Ilorin, Kwara State, and till now, the church has only four ordained pastors located at all the church’s four other branches in Ilorin, Lagos, Port Harcourt, and Dubai. He reports that Modele was patient enough to bear with him through all the hardships, poverty, and struggles. According to him, the main mission of the church is to spur as many who are willing to hear that their duty is to serve the Lord every moment of their lives.

Biodun Fatoyinbo is a charismatic figure as well as a good public speaker. His messages have a strong influence on his listeners in many countries where people watch the sermons on TV.

Biodun Fatoyinbo’s wife, Modele Fatoyinbo offers a helping hand in everything he does in his church. She is also a pastor in his church. In fact, people love to watch Modele speak to them as they just as much love her public speaking as much as that of her husband. Pastor Biodun Fatoyinbo is an international gospel speaker and is mostly known for his charismatic messages.

There have been lots of talks and controversies around Biodun Fatoyinbo and his ministry, of which most are related to sexual immoralities.

In the year 2013, Ese Walter, a former member of COZA revealed that she had a week-long affair with the pastor. The lady admitted the pastor did not rape her but that he was already married at the time of the affair. Pastor Biodun denied these allegations and though the news raved in public and on social media, his church came out of it just fine.

However, in May 2019, popular Nigerian singer, Timi Dakolo subtly accused the pastor of sexual immorality when he said ‘… your pastor leaves a trail of broken women, sexually abused and mentally strangled… he handpicks his victims and ruins them’. He said this in an Instagram post and went on to accuse the pastor of not only sleeping with but raping his wife, Busola Dakolo. Busola is also a celebrity photographer and also a former member of COZA. This news created even more buzz on the social media space than even the former one.
Pastor Biodun also denied this allegation and swore he has never raped anyone before, not even when he was an unbeliever. In response to the accusations, he stepped down from the leadership of the church till August 2019. However, in November 2019, the case against him was dismissed by an Abuja court as empty and purely sentimental because there were no concrete evidence since the act took place twenty years ago.

Many celebrities, as well as Nigerians, reacted to the issue across all various social media platforms; have reacted on Facebook, Twitter, and Instagram, with their different opinions on the matter, some on the side of the pastor while some on the side of Busola with the hashtag #istandwithbusola

Pastor Biodun Fatoyinbo is one of the richest Nigerian pastors. He also owns a university, and his church is one of the biggest in the country. His net worth is estimated to be at about $12 million.

Below is a brief recap of Pastor Biodun Fatoyinbo’s profile: