Being a pastor is quite a big deal in a country like Nigeria. A pastor is the official representative of the church. He serves in the position of a teacher and counselor for many. In this article, you will find a list of the top 10 most respected pastors in Nigeria. These ones are held in high esteem in Nigeria and beyond.

Top 10 Most Respected Pastors in Nigeria

Enoch Adeboye hails from Osun State, Nigeria. He was born in the settlement of Ifewara. He started his ministry as an interpreter for Pastor Josiah Olufemi Akindayomi in the Redeemed Christian church of God. He was later ordained as a pastor of the church in 1977. He became General Overseer of the church in 1981. Pastor Adeboye has once stated that his aim is to put a church within five minutes walking distance and five minutes driving distance in developed cities. He is respected for his calm demeanour, miracles, and messages. Pastor Adeboye has never been in the news for a scandal. He holds the respect of many, both in Nigeria and abroad.

Paul Adefarasin is one of the most popular Nigerian pastors. He is the leader of House on the rock church and also the host of the largest musical concert in Lagos called The Experience where world-acclaimed musical artists come to perform. The Experience has hosted the likes of Don Moen, Michael Smith, Nathaniel Bassey, and other top gospel artistes. Paul Adefarasin is the brain behind The Experience. He has the respect of many, especially youths and young adults in Nigeria.

Matthew Ashimolowo is the senior pastor of Kingsway International Christian Center (KICC) located in London. He is a popular televangelist and author of many Christian books and literature. His acclaim majorly comes from the sales of Christian documentaries from his media company. Ashimolowo was formerly a Muslim but converted to Christianity at the age of 20. He has established himself to be one of the foremost Nigerian pastors. He has the respect of many both in Nigeria and in the rest of the world.

Sam Adeyemi is a renowned motivational speaker. He is the founder and the leading Pastor of Daystar Christian Centre, located in Lagos State, Nigeria. His church is committed to raising role models in society. The church is highly recognized for community-impact projects. He also holds TV broadcasts that air on Daystar TV, the Word Network and other channels and can be viewed all over the world. Among youths and young adults, he is one of the most respected pastors in Nigeria.

Pastor Chris is the founder and president of LoveWorld Incorporated, which is popularly referred to as Christ Embassy, based in Lagos State, Nigeria. He is the author of several books, including the popular Rhapsody of Realities, a devotional distributed in several countries. He also hosts several healing school sessions and conferences all around the world. He is also the author of the popular daily devotional “Rhapsody of Realities “. He was also the first to pioneer a Christian-based television network from Africa to the rest of the world.

He is a Nigerian preacher and the founder of the and Living Faith Church Worldwide, popularly known as Winners’ Chapel International. He is also the Chancellor of Covenant University and Landmark University. His ministry and popularity have spread all over the world. He is respected for his faith messages and healing ministry. The Living Faith Church now has a network of churches located in over 300 cities, in all states of Nigeria, and in other African cities such as Dubai, the United Kingdom and the United States. Oyedepo is referred to as one of the pioneers of the Christian charismatic movement in Africa. He is also one of the most respected pastors in Nigeria.

Dr. Paul Eneche is a role model for many in Nigeria. Together with his wife, he has managed to build a church from its little beginnings till this time. Paul Eneche is well respected for his messages which are said to be direct and blunt. He is the Senior Pastor of Dunamis International Gospel Centre with headquarters in Abuja, Nigeria. He has also achieved great feats in Nigeria where he built the world’s largest church auditorium with 100, 000-seater capacity.

He is the founder and Senior Pastor of Word of Life Bible Church, located in Warri, Nigeria. In 2005, he became the national president of the Pentecostal Fellowship of Nigeria (PFN), a position he held for five years. In July 2010, Oritsejafor was elected President of the Christian Association of Nigeria (CAN). Oritsejafor was the first to lunch a Miracle crusade from Nigeria to the rest of the world via satellite in 1987. He did this with Evangelist Joe Martins.

He is the Senior Pastor of Covenant Christian Centre in Lagos state. The church holds 4 services every Sunday morning, with two at eQIganmu, another at the Yaba, and the last at the Covenant Chapel, Lekki. He is also the brain behind ‘The Platform”, an event that holds twice a year. This event serves as a platform for discussion of ideas among Nigerians and for public enlightenment.

He is the founder and overseer of the Mountain of Fire and Miracles Ministries (MFM). MFM is a Pentecostal denomination founded in Lagos, Nigeria in 1989. The church now has several branches in other countries. The church places emphasis on deliverance ministry and prayers against the works of demonic forces. He is a well-respected Pastor in Nigeria. 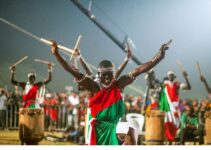 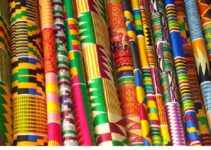 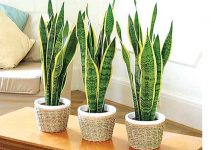 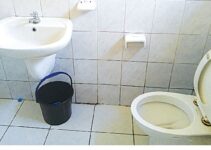