Just in case you don’t know who Princess’s mother is, here’s a quick profile.

Omotola Jalade Ekeinde popularly called Omosexy was born on the 7th of February 1978. She debuted as an actress in 1995 when she starred in the movie, ‘Venom of Justice.’ She has since gone on to feature in over 300 movies.

Omotola journey in to acting is quite an interesting one. After completing her secondary school education at Command Secondary School, Kaduna in 1993, Omotola returned to Lagos. She tried to get busy while awaiting her admission into the university.

In the course of her wait, she attempted finding a modelling job but it happened that there was a twist of fate. Acting found her and as they say the rest is history.

Some of the blockbuster movies which Omotola has featured in include:

Having made her name with movies, Omotola has also gone on to feature in cinema movies. Her debut cinema movie was Ije, which was the highest grossing Nollywood movie at that time. She also starred in Last Flight to Abuja. It was the second grossing movie in West Africa that year. Omotola made her US television debut in 2013 when she featured in the VH1’s scripted series, ‘Hit the Floor.’

Omotola celebrated 20 years in Nollywood a few years ago. She has won numerous over the last couple of decades. In 2013, she was honoured by Time Magazine has one of the 100 most influential people in the world. She was also confered the Member of the Order of the Federal Republic honor by the Nigerian Government. Omotola has also been honoured with a chieftaincy title by her hometown. She was conferred the title by the Oba of the Ondo Kingdom, Oba Victor Kiladejo.

Omotola scored a first in the world of reality TV by being =the first Nigerian celebrity to star in her own reality show.

Apart from acting, Omotola has also ventured into the music scene. Her first album was titled, ‘Gba’ which came at a time when she was celebrating 10 years in Nollywood.

Also, she has recorded with the award winning Grammy producer Bobby Valentino. However, her music hasn’t met with as much success as her acting career

Now that you know who Princess Ekeinde’s mother is, let’s find out more about Princess.

She was born on the 30th of March 1997, a year after her parents got married. She is currently in the university.

Before attending university, Princess tried her hands on modelling. However, it seems she has found her passion elsewhere. Princess loves to cook and it seems that influenced her sojourn in the university. She is currently studying Hospitality and Tourism at the Eastern Mediterranean University in Cyprus.

Princess was interviewed some years ago and she said she won’t mind following the path of her mother and becoming an actress. However, Omotola has recently stated that none of her kids seems to be interested in acting. But she has stated that Princess’s love for cooking could put her well on the way to becoming a famous Nigerian chef.

Princess was the little bride in 2001 when her parents had a white wedding on board a Dash 7 aircraft which was flying from Lagos to Benin.

We cannot talk about Princess Ekeinde without providing some brief information about her siblings. Princess has 3 younger siblings, Matthew, Meraiah and Michael.

Matthew is named after his father, Captain Matthew Ekeinde. He is popularly called Matthew Jr or M.J by friends and family. M.J is a budding music producer and he is known by the name Captain E. A few years ago, Matthew participated at the International Music Conference showcase competition in Atlanta, Georgia where he emerged the second runner up and the best in Africa.

Apart from his interest in music production, Matthew is currently a student in the United States where he just resumed recently. His mother took to social media to celebrate his resumption and here’s the transcript of her statement.

“So as you start this new journey in University. We love you, believe on you and trust you will be deluge by in all your choices. I say we cos remember, you have a lot of mummies and daddies watching out for you here too abi? Lol… Okay boy, enjoy the campus life but don’t relent on the music (See… they think you’re greatness already) but thou can still be whipped if thou waka wrong Gerrit?”

Meraiah is Princess’s younger sister. Her mother calls her the fashionista of the house. Just like her brother, she is currently studying in the United States. Her mother recently celebrated her when she bagged an Associate of Art degree in Merchandise Production. She intends to proceed to study Business Management. Below is the transcript of her mother’s post on social media.

Congrats!!! Mimi for an excellent run in Uni for your Associates of Art degree in Merchandize product development.we look forward to even more as you proceed for your bachelors of science in Business Management! Amazing! Keep breaking Records, God is with you. Congrats too for making the President’s Honor Roll!??? Thanks @k3pr for a fantastic job as Aunty of the day! You rock! Thank you lord! Protect her, us and everyone wishing her well.

Apart from school, Meraiah is also an aspiring model and fashion designer. She recently signed an endorsement with Unilever’s knorr alongside her mother where she was paid N2.4 million for the deal

Michael Ekeinde is the last child of the Jalades. He seems to be the only member of the family that he’s most interested in following his mother’s career path as he intends to become a film maker and actor.

Michael recently made headlines when he collapsed at the American Embassy and was rushed to the hospital. 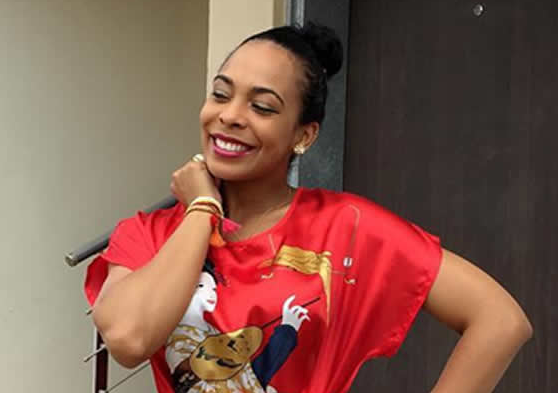