Mercy Johnson is a popular Nigerian movie actress and a motivational speaker. Mercy Johnson-Okojie, who is most popularly known as Mercy Johnson, is one of the biggest names in Nollywood. She is also referred to as one of the 30 most followed celebrities on Instagram. If you follow the movie star who has become an entrepreneur on Instagram, you will know just how fond she is of her family. Mercy Johnson keeps her family life private and with her, family comes first. As a matter of fact, you will hardly go through about five pictures on her Instagram page and not stumble upon a picture of her husband and children. This article is about Mercy Johnson’s husband. Find out more in this post.

Mercy Johnson was born as Mercy Johnson Okojie on 28 August 1984 which puts her in her thirties at the time. Mercy Johnson is a popular Nollywood actress and a motivational speaker. Mercy made her acting debut in the movie, “The Maid” in which she played the role of possessed house help. Her performance in the movie shot her into the limelight and she has acted in other major movies ever since. She is a native of Okene in Kogi State, Nigeria.

For those who are asking if Mercy Johnson is married, yes, she is. Mercy Johnson got married to her husband, Prince Odianosen Okojie, popularly known as Odi in 2011. Their wedding ceremony took place at Christ Embassy, Oregun, Ikeja. This was after a traditional marriage on 26th August at Iyana Iba Lagos. The wedding ceremony was a grand occasion attended by many dignitaries including top government officials and Nollywood stars.

Prince Odianosen is a politician from Uromi Local Government Area in Edo State. He is a descendant of Ogbidi Okojie, who was Onojie of Uromi and then ruler of the Esan people in what is now Edo State.

Prince Odianosen was formerly married to a woman called Loveth and they have two children. When it was about the time of his wedding with Mercy Johnson, the woman announced on social media that Mercy Johnson was stealing her husband from her. She then released to the public photos of her marriage certificate backing up claims that she is legally married to Mercy Johnson’s groom to be. She also made public a divorce petition and summons form which Prince Odianosen issued to her through her father.

When in recent times the former wife was asked about her life, she said her children and she were doing fine and coping well and she had put all those issues behind her and moved on.

Mercy Johnson’s husband is from a royal family in Uromi Esan North-East local government. He is also a cousin to the Onojie, the Ojuromi of Uromi, the Royal Majesty, Anslem Okojie and APC leader, Hon. Prince Joe Okojie who was the immediate past commissioner and the present adviser to Governor Obaseki.

Esan North is the largest local government with the highest votes.

It is reported that Mercy Johnson’s husband is loved by his people but not only that, the Uromis are known to not abandon their own in any contest or battle. Throughout history, they rally round their family in elections irrespective of political affiliations. Many thought this would swing the votes in the favor of Prince Okojie.

This in addition to how many believe the prince was cheated by the PDP when he lobbied for the slot of the Deputy Governor in the last governorship election of the state. Therefore, it was thought that he would be able to pull a substantial number of votes from the PDP in the local government.

It is also reported that in his former party, many loved him and were not happy with the way he was treated and still want him back.

Considering the prince’s youthfulness, many youths in the constituency also naturally sway towards him, this is because of his youth’s empowerment programs across the local governments. It is believed that because he himself is a youth, he would empathize with the yearnings and agitations of the youths in the area who clamor for youth inclusiveness in governance.

Mercy Johnson also commands great respect in the constituency. This is due to her efforts in empowering women via her foundation. She is also highly loved by the women of the constituency because of her ability to speak their language fluently in spite of the fact that she is not from Esan.

News about Prince Okojie and his marriage to Mercy Johnson is often gathered whenever the actress posts his pictures on her Instagram page. In a recent post shared on Instagram, Okojie shared the most adorable video clip of himself and his wife where they were both dancing romantically. It has been eight years of marriage and it appears the two are waxing stronger. 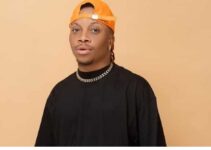