Prince Dapo Abiodun is a Nigerian businessman and a politician. He is the Governor of Ogun State. He won the 2019 general elections when he went for the governor position on the platform of the All Progressive Congress (APC). On the 10th of March 2019, he was declared Governor-Elect of Ogun State by the Independent National Electoral Commission and was sworn in as Governor on the 29th of May 2019.

Abiodun studied civil engineering at the Obafemi Awolowo University Ife in Osun state although it is reported he did not graduate from the school. He then went on to study accounting at Kennesaw State University, Atlanta Georgia. He also holds honours and doctorate degree in finance from Ekiti State University, Ado Ekiti, Ekiti State, and another in business administration from Adeleke University, Ede, Osun State.

Dapo Abiodun used to be the board Chairman of the Corporate Affairs Commission. Dapo Abiodun is the managing director of Heyden Petroleum. He is also the founder of First Power Limited, a company in the business of power generation in Nigeria.

Dapo Abiodun is a Christian and worships with the Mountain of Fire and Miracle Ministry.

Governor Dapo Abiodun is married to Bamidele Abiodun and they have had five children.

Dapo Abiodun is reported to be a man of integrity and values. At a time in Nigerian politics when it is generally believed that one had to be a liar and be willing to steal and kill, the successful businessman ventured into politics. After about a year in office, Dapo Abiodun has some achievements to his credit:

The governor created the Ogun Tech Hub and Science, Technology, Engineering, and Mathematics (Stem) Centre for information and communications technology-savvy youths in the state. The centre is located along Kobape Road, Abeokuta Expressway. The governor said he aims to make the state a one-stop-shop for technological innovations across Africa.

Agriculture and Employment: The governor also launched the Anchor Borrowers Programme in partnership with the Central Bank of Nigeria (CBN). The program is a poverty-eradicating initiative that will provide service support and training for farmers. The scheme also affords farmers a single-digit loan with guaranteed off-taker. The Anchor Borrowers Programme is in fulfillment of the governor’s promise to increase food production and create employment opportunities in the agricultural sector for the indigenes of Ogun state, especially youth and women. This was also in a bid to increase the state’s food production.

The governor also launched an empowerment initiative that aims at providing funds to women involved in businesses across the state.

Security: The governor signed into law the State Security Trust Fund Bill. He also procured 100 Patrol Vehicles and 200 Bikes to aid the activities of law enforcement agents in the state. This is asides the creation of the Western Nigeria Security outfit, Operation Amotekun.

Employment opportunities: In a bid to reduce the unemployment rate in the state, Governor Abiodun created the Ogun Job Portal. The aim of this initiative is to link the state’s unemployed youths with matching job opportunities in the labour market.

During the outbreak of the Coronavirus pandemic in Nigeria, Governor Dapo Abiodun was the first to establish a first-ever drive-through testing laboratory in Nigeria. The laboratory was to perform tests for possible coronavirus cases in Ogun state. The laboratory is located in Ijamido Townhall, Ota. The centre is equipped with a protective glass box that allows health personnel to collect samples of suspected patients without being exposed to infections.

In a build-up to the 2019 elections, Dapo Abiodun was involved in a certificate scandal. During the 2015 senatorial election form for Ogun East, he claimed to have graduated from Obafemi Awolowo University. However, in the 2019 governorship form, he claimed to possess only a secondary school certificate of education as his highest academic qualification. His failure to clarify aspects of his academic qualifications came under intense public suspicion

Mr. Abiodun was sued for perjury, a criminal offense that attracts jail term. According to calculations, he was 29 at the time he graduated in 1989 and was still eligible for the National Youth Service Corps or an exemption letter. Dapo Abiodun’s candidacy was later upheld as the governorship candidate for the All Progressives Congress for Ogun state. 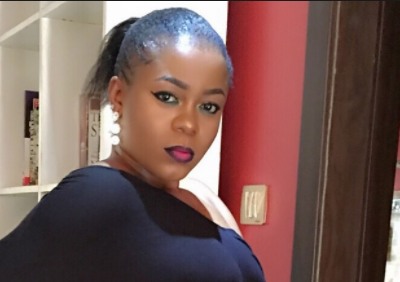