The Professor is the Chair and Founder of Excellence in Education Programme, Oxford, United Kingdom. He is a consultant to Presidents, European and American Government, Monarchs and Corporate Leaders. What is more interesting however is that the Patriarch of Britain’s Smartest family.

Chris is a multi-winning scientist and researcher. He is a part of the Age Executive Roundtable forum. This forum consists of 15 Information Technology experts, and Dr.Chris Imafidon is one of them. Chris is also a consultant to industry leaders and the government. Professor Chris mainly focuses on education. He has lectured in universities such as Cambridge, Harvard, Oxford, Columbia, Cornell, etc.

Prof Chris’ main field of study is the support of young genius kids. He believes that by nurturing certain skills in children, it is quite possible to create a genius out of everyone. According to his educational ideas, social media also serves as a powerful means of education for the modern young people. The professor has written a number of scientific papers to prove his theories on how to raise genius kids. The main evidence for the achievements of his programmes is his kids. Professor Chris Imafidon’s children have managed to become famous for their intellectual capabilities at a very young age. They are regarded as real proof that the ideas created by Chris Imafidon actually works.

Professor Chris is married to Ann who is originally from Edo State. They immigrated to the UK about thirty years ago. They have five fantastic kids who have proven that their father’s theory about raising genius people is successful. The most famous in the Imafidon family is thirteen years old twins, Paula and Peter. They are regarded as the youngest achievers in Great Britain. They were in fact nicknamed “The Wonder Twins”. First, they are the youngest people to attend high school in the history of Britain. The twins managed to enter high school at the age of 9. They are also the youngest children to have passed the University of Cambridge Excellence in Education Programme. Paula and Peter, the Wonder Twins also set the record by passing AS-level maths papers.

Peter Imafidon, the twin boy also has high achievements in the sports sphere. He is the champion of children 100m and 400m sprint in London. However, the wonder twins are not the only genius in Prof. Chris Imafidon’s family.

The first kid in Professor Imafidon program of raising genius children was Anne-Marie. She is 27 years old. Anne can speak six languages. She graduated from high school when she was only ten years old.

Samantha is another genius in the family. She is sixteen years old. She is considered to be the youngest person to attend Secondary School in the UK. She is also a gold medal champion in the 200m relay race.

According to Prof. Chris Imafidon, “every child is a genius.” He believes that with the right education programme, it is possible to raise a genius out of every child. According to Professor Chris, the main responsibilities for raising a child lies within educational system and parents. He believes much lies on the parents in order to bring value to education and raise a happy and smart kid. Prof. Chris Imafidon has raised five kids with high achievements in education and life which goes to show that his programme really works. Therefore, if his ideas are right, then the main basis for the high achievements of the kids comes from parents and education programmes.

Prof Imafidon once placed a bet with the former British Prime Minister, David Cameron. Here, he promised to turn around the fortunes of the worst-performing schools in the UK. The bet was $25 million. He won the minister’s $25m and used the money to build his first school in Birmingham.

After Chris Imafidion’s visit to Nigeria, a letter was sent to Oxford university to validate if the professor was really a professor at the university. The report from the school showed that Chris Imafidon has no affiliation with Oxford University or any of its colleges or departments. After this, a dark cloud started to form over the professor’s reputation. Despite Oxford’s denial, Chris Imafidon still insists he is a Professor and Don at Oxford-owned Keble College. He showed his library ID as evidence of his affiliation with the Ivy League school. However, the university representatives keep insisting they do not know anybody called Professor Chris Imafidon. 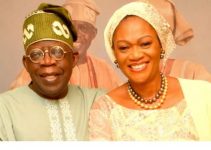