Bisola burst into the limelight during the BBN show in 2017 where she applauded for her talent and resolve. She emerged the second runner up at the end of the show that year.

In this post, we take a look Bisola of Big Brother Naija, her life, family and career.

Bisola was born in Britain to a wealthy family. She grew up in Nigeria but when she was 8, her family hit a bad patch and she had to move to a rural part of Nigeria. At that time, Bisola had to live with her cousins and she had to start working at an early age. She sold beauty products to women but she knew being a salesperson wasn’t her dream.

Bisola became quite popular after the second season of Big Brother Naija reality TV show.  She is also a musician, MC, and an amazing presenter.

She also participated in the 2008 MTN Project Fame where she came fifth. Bisola is a presenter on one of the most popular Nigerian family radio station WFM 91.7.

She started her career as an actress when she met producer Malcolm Olanrewaju. They later entered into a romantic relationship. Their union produced a girl but their relationship didn’t last as they would later break up. Bisola revealed that the physical abuse she experienced in the relationship was the reason for their break up.

Between 2011 and 2013, Bisola was a TV host of Billboard Nigeria which aired on Silverbird Television. In 2017, Bisola was nominated for City People Movie Award for Revelation of the Year (English) alongside the likes of Zainab Balogun, Somkele Iyamah, Seun Ajayi. In 2018, she won the Trail Blazer Award at the AMVCA. The award came with a car prize.

Bisola received an award at the African Magic Viewers’ Choice Awards held at the Eko Hotel and Suites in Victoria Island, Lagos.

There were many insinuations that it was Big Brother Naija that shot her into the limelight and earned her the award but Bisola responded and stated that her journey in acting started as far back as 2006. Although, she confessed that Big Brother has contributed to her progress in the industry.

During her time at Big Brother Naija, Bisola got romantically involved with Thin Tall Tony, a fellow housemate in the Big Brother house during the show.

It would be recalled that Tony hid the fact that he was married with two kids from Bisola. Bisola eventually found out about his marital status after the show.

Bisola is currently in a relationship with Jeff Akoh.

Bisola has a daughter, Leyla. She is 9 years old. The father of Bisola’s daughter is Malcolm Olanrewaju. Unfortunately, he died in August 2018 after a brief illness at the age of 37.

Bisola revealed that BBN was an amazing platform that helped her actualize her dreams and goals. She further disclosed that the TV show made her become a household name in the year 2017 when she emerged the first runner-up in the Big Brother Naija

After the BBN show, Bisola attended the 72nd United Nations General Assembly in New York as an Ambassador of One Campaign Initiative. She also featured in several movies with the AMVCA “Trail Blazer” award in 2018 being the peak of her post-BBN achievement.

Bisola also revealed that she and the housemates couldn’t have imagined the hype surrounding everything they were doing and how BBN changed their lives. According to her, she is still surprised when she travels around the world and people come up to me to wish me well and sometimes quote things she said while at the BBN house.

She disclosed that she went into the house with just one purpose which was to reach as many people and showcase my talent. Interestingly, the BBN platform has catapulted her upwards and forwards and she’s often overwhelmed with gratitude when she thinks about the opportunities that have come along with the experience.

Also, the experience has exposed a wide range of projects. One of such is the opportunity to include her voice in the plight of our young girls whom she thinks have the smallest voices in our country.

Overall, she revealed that every BBN housemate is a winner whether they went home with the cash prize or not. According to her, as long as you can successfully sell your talent and yourself, you’re made.

It would be recalled that one of the housemates in the BBN house, Tony Offiong also known as ThinTallTony was romantically linked to Bisola during their time in the BBN house.

She further talked about how she felt he was quite a good actor but she is grateful that she didn’t have it in mind that they were going to start a relationship once they left the house.

According to her, she felt a little betrayed because they were too close for him not to have revealed his marital status. But she further stated that it was his choice and he seems to have played the game the best way he knew how to.

On his part, Tony revealed in an interview that he had an agreement with his wife, Laraba Offiong to keep his family private. 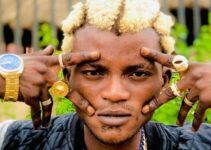 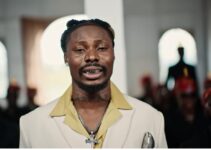