Uche Jombo Rodriguez is a popular Nollywood actress, screenwriter and film producer. She is married to a Puerto Rican, Kenney Rodriguez and they have a son together, Matthew Rodriguez.

The actress made her entry into Nollywood in 1999 and her career as grown in leaps and bounds since her debut.

She recently returned to the movie scene due to marriage and childbirth and has featured in movies like Wives on Strike, Banana Island Ghost and Kondo Games.

In this post, you’ll discover some interesting things about Uche Jombo, her personal life and how her career has grown over the years.

Uche Jombo was born on the 28th of December, 1979. She was born in Abiriba in Delta State. Jombo graduated from the University of Calabar where she bagged a degree in Mathematics and Statistics. She also received a degree in Computer Programming from the Federal University of Technology Minna.

Jombo began acting in 1999 when she featured in the movie, Visa to Hell. She has also done screenwriting for movies like The Celebrity, Games Men Play, Girls in the Hood and A Time to Love.

The actress has also produced several movies, some of which include Nollywood Hustlers, Holding Hope and Damage.

Uche Jombo was a Glo Ambassador for 3 years.

Jombo has featured in over 100 movies since she debuted as an actress, some of these include:

Kondo Games is her most recent movie. In this movie, she played the role of a gossiping female police officer. The cast of the movie include A-list acts like Jide Kosoko, Cossy Orjiakor, Mercy Johnson, Francis Odega, Funny Bone and Mercy Aigbe-Gentry

Kondo Game was produced by Maryam Harris and directed by Charles Uwagbai, whose notable works include “The In-Laws,” “Esohe” and “Breathless” amongst others.

Uche Jombo has scooped several awards in the course of her acting career. Some of these include:

A few years ago, it was widely reported that Kenney Rodriguez, the husband of actress, Uche Jombo, had cheated on her with a 22-year-old American.

But Kenney responded to the allegation when he took to his Instagram account to make a public apology to his wife who had been trolled all over social media ever since the rumour came up.

Below is an excerpt of his public apology, “I would like to take this opportunity to formally say ‘I’M SORRY’ to my wife because she’s undeserving of this negative inaccurate press that no one will wish upon their loved one.”

The controversy made the actress take herself off social media as she described the rumours as wicked.

Kenney also stated that he had taken legal actions against the blog that first shared the rumour.

The rumour started when photos of Kenney in a compromising position was leaked. However, this photo was an old picture of Jombo’s husband and his ex.

Uche Jombo-Rodriguez is one of the richest female Nollywood actresses. She is said to be worth an estimated $1 million.

The actress has a house in her home state (Abia) and one in the Lekki area of Lagos. According to a source, the house in Lekki is located around Alpha Beach Road after the Lekki second gate.

Before Jombo got married to Kenney Rodriguez, she dated footballer, Ikechukwu Uche. The actress revealed in an interview that she ended the relationship because Ike Uche wasn’t caring.

According to her, the footballer never for once gave her money when they were together.

Uche Jombo released her first production in 2011. The movie was titled, ‘Damaged’ and it premiered at the Silverbird Cinemas, Lagos on the 31st of July. The actress featured alongside Kalu Ikeagwu.

The movie addressed social issues and the plot revolves around three stories that address important problems facing individuals, families and society generally. It also highlighted the psychological effect of abuse in marriage on children.

The movie premiered in the United Kingdom and the United States of America after it premiered in Nigeria, according to the actress, would also benefit from the theatres’ tour.

Uche Jombo got married to Puerto Rican beau Kenney Rodriguez on May 16th, 2012 at the Marriot Isla Verde Beach Resort.

Uche Jumbo has a brother, Nelson Jombo. He is a movie producer and has produced several movies, some of which include Luke of Lies, Espionage and Good Home.

The actress also has a younger sister, Josephine.

The actress has learnt her voice on some societal issues. For instance, Jombo is an advocate of gender equality. She once talked about marriage being a partnership hence what applies to one gender should also apply to the other.

Jombo has also revealed that marriage is not a bed of roses, and young ladies should never rush into it. 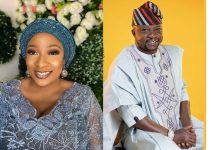