Sanusi Lamido Sanusi is the present Emir of Kano Emirate. His official title is Emir Mohammadu Sanusi II.  He was born into the clan od Torodbe, also called Sullubawa clan, one of the popular clans in the Fulani tribe.

Lamido Sanusi was born on the 31st of July, 1961 and he became the emir of Kano on the 8th of June, 2014.  His late uncle, Dr. Ado Bayero was the Emir before Lamido Sanusi took over after the former’s death.

Before he became the emir of Kano, Lamido Sanusi was a banker. He actually rose to the post of the CBN Governor, a post he assumed on the 3rd of June, 2009 in which he was supposed to last for 5 years. However, he got suspended by former President Godlike Jonathan on the 290th of February, 2014 before he could complete his five years tenure as CBN Governor.

Reason for his suspension was because he claimed $20 billion fraud was committed by the Nigerian National Petroleum Corporation (NNPC). Mallam Sanusi is one of the grandsons of Muhammadu Sanusi, who is the 11th Fulani Emir of Kano.  He is a well respected nobleman of Fulani origin. In addition, he is an Islamic scholar.

Sometimes ago also, The TIME magazine listed him in the TIMES 100 list of Most Influential People of 2011.  Also in 2013, he got an award for Special GIFA at the third Global Islamic Finance Awards that was held in Dubai.  He got this ward because of his advocacy role in the promotion of Islamic banking and finance in Nigeria during the period he was the Governor of Central bank of Nigeria.

His wards continued even after he left office as CBN Governor and became Emir of Kano. In 2015 for example, he got an award from Global Leadership in Islamic Finance, which made him the 5th GIFA Laureate.

Name of his father is Muhammad Lamido Sanusi. His father was a technocrat and a career diplomat and he served as Nigerian Ambassador to several counties, like Canada, China and Belgium.  At a later date, his father also served as the Permanent Secretary of the Federal Ministry of Foreign Affairs.

Lamido Sanusi attended St Anne’s catholic Primary School, Kakuri, Kaduna from 1967 to 1972. After he graduated from primary school with his First School Leaving Certificate, he enrolled at King’s College Lagos for his secondary education.

He graduated from secondary school in 1977 and enrolled at Ahmadu Bello University (ABU) Zaria. He studied Economics in this school and graduated in 1981 with Bachelors degree in Economics.

Lamido Sanusi then proceeded to study for Masters Degree in Economics at the same university, Ahmadu Bello University, Zaria. He graduated as a Masters Degree holder in 1983. He was employed by the institution as a tutor, a post he held till 1985.

Later, he enrolled at International University of Africa, Khartoum, Sudan for a degree in Islamic Law. He did his National Youth Service Corp (NYSC) mandatory service in Gongola State, which is present day Taraba and Adamawa States.

Lamido Sanusi got employed in 1985 by  Icon Limited (Merchant Bankers), which is a subsidiary of Morgan Guaranty  Trust Bank located in New York, United States, and Baring Brothers of London. Later in 1997, he joined United Bank for Africa and he worked at the Credit and Risk Management Division of the bank.

Along the line, he rose to the position of General Manager. Later in September 2005, he became one of the Board members of First Bank of Nigeria, where he held the post of Executive Director in charge of Risk and Management Control.

At a later date, Lamido Sanusi got appointed as the Group Managing Director (CEO) of the bank in January 2009.  He was also the Chairman of Kakawa Discount House at the same time. he also was member of the Borad of FBN Bank (UK) Limited.

He got his nomination as Governor of Central bank during the reign of late president Umaru Musa Yar‘Adua on the 1st of June, 2009. His appointment was however confirmed 2 days later on the 3rd of June, 2009 by the Nigerian Senate. He assumed office when the global financial crises were at its peak.

Lamido Sanusi was selected on the 8th of June, 2014 to succeed Ado Bayero, his late uncle, as the Emir of Kano.  Expectation was rife then with many people thinking that Ado Bayero’s son would be the one to get selected.  Ado Bayero’s son and his supporters then staged a protest to show their grievances at the choice of Lamido Sanusi.

While he was the CBN Governor, Lamido Sanusi was principal to “rescuing” of banks like, Finbank, Oceanic Bank, Union Bank, Intercontinental Bank and Afribank from going under by bailing them with 400 billion naira of public fund.  He also dismissed the chief executives of these banks.

During his tenure, 16 senior bank officials faced charges including giving of loans to companies  in which they have personal interests, conspiring with stockbrokers to boost prices of shares, lending money to fake companies and fraud.  He took over the reins of power from Charles Chukwuma Soludo, the immediate past Governor of Central Bank before Lamido Sanusi. 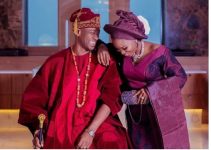