Osita Iheme is a popular Nigerian actor. He is particularly known for his small size and hilarious acting.

The actor is also known as Pawpaw as a result of the role he played in the movie, Aki na Ukwa where he starred alongside Chinedu Ikedieze who played the role of Aki, his mischievous twin. Osita is the founder of Inspired Movement Africa which has been setup to inspire, motivate and stimulate the minds of young Nigerians and Africans.

In this post, you’ll discover a lot of things about this funny Nollywood actor.

Pawpaw was born on the 20th February, 1982 into a family of five children. He hails from Mbaitoli in Imo State.

Although, he was born and bred in Abia State, he received a Bachelor of Science in Computer Science from Lagos State University.

Osita rose to fame when he featured in the movie, Aki na Ukwa alongside Chinedu Ikedieze (Aki).

The actor played the role of a mischievous child and continued to play the role of a child in several movies. However, his acting role has since evolved to more mature roles.

Osita received a Lifetime Achievement Award at the African Movie Academy Awards in 2007. The actor was also honoured in 2011 as a Member of the Order of the Federal Republic (MFR) for his contributions to the Entertainment industry.

The actor has disclosed that the magic wand to his success is the grace of God.

Also, the actor revealed that he always knew he had a flair for acting when he was growing up. As a young boy, he was actively involved in drama at his local church. And he revealed that his friends have always attested to his acting talent.

Apart from his innate ability, Osita disclosed that he learnt how to act by watching movies which helped him boost his self confidence as an aspiring actor.

Osita has been in Nollywood for over a decade and he had a few things to say about the industry in a recent interview.

The actor reiterated that the industry is making progress. For instance, the technical expertise has improved and there are a lot of new movies premiering at the cinemas.

Osita also revealed that Nollywood has served as a source of employment to many Nigerians which include marketers, actors, make-up artistes and many others.

Osita is often seen with his adopted twin, Chinedu Ikedieze both on movie sets and in real life at events.

Recently, Osita disclosed how he was discovered alongside Aki by a popular movie producer, Kasvid.

The actor revealed that he met Kasvid in 2002 in Enugu. At that time, he was based in Aba and it was Kasvid that created the Aki and Pawpaw brand.

Osita’s twin, Aki also revealed that he met Kasvid shortly after he graduated from IMT. At this time, he was about to proceed for his NYSC but the producer had invited him to a movie location in Enugu where he met Osita.

It would be recalled that Kasvid died recently from an autocrash in January, 2018 while on his way to his hometown in Anambra State.

A report indicated that he died on the spot while another revealed that he survived the accident but got knocked down by a hit and run driver while was attempting to cross to the other side of the road.

Kasvid is known to have produced popular Nollywood movies featuring Aki and Pawpaw as well as movies like Mr Ibu in London and Issakabba.

Osita revealed that he has dreams of joining politics soon. According to the actor, he believes actors are the voice of the masses and politics is a great opportunity for them to stop watching from the sidelines but being positively involved in the affairs of the nation.

Osita is currently single and he has revealed his reason for being single as his inability to find the right person.

There were rumours in the past that Osita and the Ghanaian actress, Nana Ama Mcbrown were dating. But the actor has since dismissed the rumours while reiterating that he is yet to find his Mrs Right.

Also, he revealed that he is taking his time as he believes marriage isn’t something anyone should rush into and it should be done at the right time.

Osita disclosed that he loves singing and if he didn’t become an actor he would have become a singer as music is another way he loves to express himself. 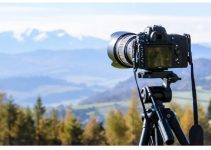