Mariya Dangote is Dangote’s daughter. She is one of the three daughters of the richest black man in the world.  She recently graduated from Coventry University in the United Kingdom.  She received a Master’s Degree from the university earlier this year, on April 15th.

She is well educated and one of the best girls from northern Nigeria.  She received her first degree also from a foreign university, just like the other children of her father. She has however moved down to Nigeria as permanent resident.

Despite being the daughter of the richest man in African and the richest black man in the world, she is not an entire socialite. While she mixes with lots of people and has many friends, she is still not in public view too often.

This is rather strange and it is rather un-Nigerian, since children of the rich in Nigeria love to show off. Mariya Dangote on the other hand does not seem to be the show-off type.

She is seen occasionally with friends and in parties, but rarely would she be seen in hot zones or posting selfies on social media sites. She seems to have dedicated her life and her time to her education and business.

She is presently one of the managers in her father’s company, Dangote Group. She is yet to be married too. No one can say anything specific about her marital life. Things even get somewhat complicated, considering the fact that very little is known about her. She is not the only secretive daughter of Dangote; virtually all the other children are also secretive. 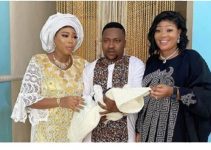 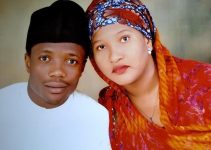