Recently, there was a photo that went viral on the internet. It was a picture of a gorgeous lady selling akara balls by the roadside.

That picture got many talking and there were several comments on social media on how it was possible for such a beautiful lady to be selling akara.

Well, that picture was from a movie set and the lady in question is a fast rising Nollywood actress. Her name is Chigozie Alichi also known as Chizzy Alichi.

In this post, you’ll discover some interesting things about this Nollywood actress.

Who is Chizzy Alichi?

Chizzy hails from Enugu. She was born on the 23rd of December. One unique thing about Chizzy is that she’s always smiling except when she’s on set and she has to act otherwise.

Chizzy’s interest in acting was quite evident as a child. According to her, she used to watch a lot of home videos growing up and sometimes she would use her food money to rent videos.

However, her journey into Nollywood began in 2010. Unlike many other upcoming acting, Chizzy didn’t have anyone introduce her into acting. According to her, she was going somewhere when she saw the banner of the Actors Guild of Nigeria at their office at the National Museum in Enugu.

Curiousity got the better of her and she decided to make inquiries on what it entails to act at the office. She got the information on how to register and after the process she was able to attend auditions. This was where it all began for Chizzy.

Also, while she was in school, she used to seize the opportunity of the incessant ASUU strikes as an opportunity to shoot movies. She saw these breaks as means of finetuning her acting skills and she believes she’s a better actress for it.

Over the years, Chizzy has featured in scores of Nollywood movies and some of these include movies like:

Despite being an actress, Chizzy say she’s a very shy person. She recalls that her first time on set was quite intimidating. On that fateful day, she was with top acts that she only ever saw on television. It was unbelievable and the feeling was a blend of happiness, shyness and anxiety.

Chizzy is a devoted Christian and she believes it is the grace of God that has sustained through her journey as an actress.

Chizzy’s best moment was when she was on set with the popular Nollywood actor, Kenneth Okonkwo.

Growing up, she had always enjoyed watching him so it was a dream come through when she found herself acting in the same movie with him.

According to Chizzy, her experience with Kenneth Okonkwo in the movie was a memorable one and she says she admires him for his professionalism especially when it comes to acting. The movie also featured other A-list acts like Mercy Johnson, Eve Esin and Ngozi Ezeonu.

Interestingly, it was on this movie set that she had her first ever kissing scene and it was with her idol, Kenneth Okonkwo.

Chizzy’s dream is to become one of the prominent names in not only Nollywood but Hollywood and she believes that her winning mindset will certainly get her there.

Chizzy claims that her most challenging role as an actress was when she played the character of a blind and wicked girl. The role was very much unlike her usual happy self and this made it particularly interesting and challenging.

According to Chizzy, she likes Mercy Johnson a whole lot and she thinks she’s extremely talented. One of Chizzy’s acting goals is to feature alongside Mercy in a movie.

Chizzy values her hips and loves to flaunt them with her dresses. According to her, her dress style is casual and simple. She loves fitted and colourful attires which complement her dark complexion and help to flaunt her hips. But, Chizzy believes there’s a thin line between sexy and indecent as a result; you will never see her wear transparent clothing because she’s trying to be sexy.

Apart from her job as an actress, Chizzy has also worked as a video vixen and this was what led to rumours about her dating the popular entertainer, Flavour.

And she seemed to fuel the rumour at some point when she posted a picture of herself and Flavour on social media. But she has since clarified things, stating that her relationship with Flavour is platonic and she’s doesn’t intend dating him or becoming his baby mama. According to her, she only featured in one of his videos and that’s how she got to know him.

Chizzy says she doesn’t even have his phone number and that she was actually contacted by his manager to be a part of the video. From what she heard Flavour had a specification for the type of a woman he wanted to act as the queen in the video and the manager had sent her picture to him which he approved of. And when she was contacted, she was quite excited about it because it was a new experience.

Chizzy also stated that when she came around for the video shoot; it was strictly a professional affair and immediately she was done with the shoot she had to leave for a movie location at Asaba. As a result, she didn’t have the time to hang out with him talk less of having a relationship

Apart from acting, Chizzy loves watching movies. According to her, she could watch movies all day and she wouldn’t know that her time was far spent. She claims the habit grew up with her and it hasn’t stopped even now that she’s an actress. 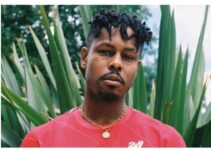