Charles Inojie is a Nigerian actor, comedian, movie director and producer. He is quite popular for his comic roles in movies.

In this post, you’ll discover many things you didn’t know about the life and career of this talented comic actor.

The actor wanted to be a lawyer but he changed his mind when he attended Bode Osoyin’s writers’ resort, where he decided to acquire a certificate course in dramatic arts.

Eventually, he achieved his goal in 1993 after which he enrolled at the University of Port Harcourt where he graduated with a Bachelors Degree in Dramatic and Theatre Arts in 1999.

Inojie began his acting career after graduating from the University of Port Harcourt in 1999 when he relocated to Lagos State.

The actor became the assistant director at Lancelot Oduwa Imasuen’s production company. In 2016, Inojie was unanimously appointed by the members from the Screen Writers Guild of Nigeria (SWGN) as the President of their Labour Union.

Inojie is married to Obehi Obhiseh, and has two children.

Due to his comic roles, the actor revealed that he has a challenge with people taking him seriously because of the comic role he often plays. As a result, people always laugh about everything he says without paying attention to the message he is trying to convey.

The actor revealed an occasion when he told a lady he loves her and she replied, ‘Come on, be serious.’

Overall, Inojie believes he has given comedy a good face in the country. Inogie is popular for his role in the TV series, The Johnsons and this is an example of a top TV comedy series not just in Nigeria but in Africa.Pot Belly

The actor is known for his pot belly but the actor revealed that it isn’t as bad as most people think as he works out often. He disclosed that he is even fitter than most people with flat tummies.

In fact, the actor revealed that when he meets people in real life, he reveals that his tummy isn’t as big as the television makes it look

The actor has feature in and directed over 100 movies since he began acting. He intially started his career in Nollywood as a director before venturing into acting. Some of the movies he has featured in include:

Inojie revealed that it was a struggle to persuade his wife to date him because she thought he wasn’t serious. She later agreed due to his persistence

The actor also disclosed that he proposed to his wife in an unconventional matter. According to Inojie, his wife was away from the country for 3 months.

But he had given her a hint of that he wanted to tell her something important. She became curious but he told her to wait till she returned from her trip but she was eager to hear what he wanted to say so he had to let the cat out of the bag and she said yes.

Inojie married Obehi in November 2012 in Benin City. Their marriage has produced two children. His second child, a baby girl was born on May 25 in Decatur, Georgia, USA. She was named Onosetale.

The Johnsons is a Nigerian series which airs on Africa Magic. It focuses on an average Nigerian family in Lagos and the challenges they face.

Inojie plays the role of Mr. Johnson, the head of the family. His character is that of a stingy scientist. Mr Johnson is known to always find ways to avoid spending money. He is also known to confuse his family with his choice of words. Mr Johnson would later become a well known scientist after making Jedimaicin, a cure for ‘jedijedi’.

Other members of the cast include:

Chinedu Ikedieze: He plays the role of Efe. He is the eldest son and by far the most brilliant, skillful with his words and often educates his family on spelling.

Olumide Oworu: He features as Tari. He is the second male and the third child in the Johnson family. Tari is a lily-livered teenager; he often gets caught up in trends like dreadlocks, and always lies to girls when trying to impress them,

Ada Ameh: She stars as Mrs. Johnson. She is the mother of the family but she’s often unappreciated because of her lack of formal education and limited vocabulary. Nonetheless, she is the spine of the family.

Susan Pwajok: She plays the role of Blessing, the youngest child in the family. She is fond of getting away with anything she wants and she usually goes on a hunger strike when she doesn’t. Blessing ran away from home in season 3 and she left for boarding school in season 4.

Seun Adebajo Osigbesan: She stars as Jennifer and the oldest of the Johnson children. Jennifer was the last of her mates to get into the University. She became pregnant as a result of a relationship with a man named Goodluck who she later marries.

Samuel Ajibola: He plays the role of Spiff. He was adopted by the Johnson family and he seems to be very stupid and he’s often seen with Abulu as his partner in crime. Spiff eventually discovers who his real mother is in season 4

Kunle Bantefa: The veteran actor plays the role of Spiff’s father and he is usually seen in the Johnson house begging for money or looking for get rich quick ideas which never ends well.

Gaji Samuel: He plays the role of Mohammed, the family gateman. He appears to be illiterate and often sleeps on night watch. Also, he has a strong Hausa accent. 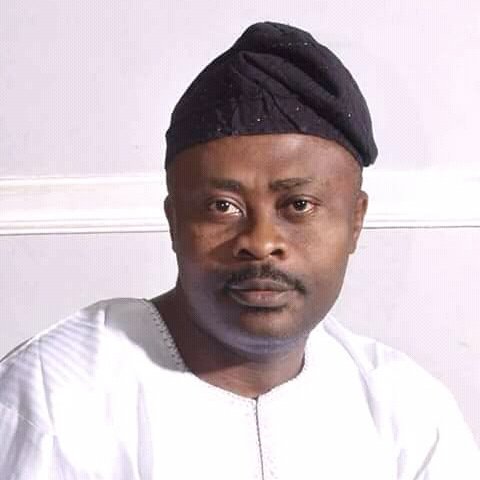