Majid Michel is a popular Ghanaian actor. In this post, we take a look at the life of this handsome Nollywood actor, his career as a movie star, his family and his religious inclination.

Michel was born on the 22nd of September 1980. He was born in the Cantonments in the suburbs of Accra. His father is a Lebanese while his mother is Ghanaian. The actor grew up in Accra with nine other siblings.

Michel attended St. Theresa’s Primary School, and later, the Mfantsipim School. During his secondary school days, Michel was actively involved in theater and was a member of the school’s drama club. During his time here; he received the award of Best Actor based on one of his performances during the Emancipation Day in Cape Coast, Ghana

Michel began as a model and it was during his auditioning for a modelling agency that he found his way into acting.

After starring in the series, Michel then featured in his first movie, Divine Love alongside Jackie Aygemang while fellow actor, Van Vicker played a supporting role. The movie was a huge success and all three major acts in the movie, Majid Michel, Jackie Agyemang and Van Vicker became household names in Ghana as a result of this.

In 2008, the actor featured in the blockbuster movie, Agony of the Christ. The film received 7 nominations at the Africa Movie Academy Awards in 2009.

As a result of this contract, Michel made his Nollywood debut in the movie, Emerald which was released in 2009. He featured alongside Genevieve Nnaji.

However the movie that shot him into prominence in Nollywood was Silent Scandals which was released that same year..

After some time, Michel left Nigeria and returned to Ghana. In 2012, Michel starred in the war film, Somewhere in Africa where he played the role of a tyrant. His role in the movie earned him an Africa Movie Academy Award for the first time and his career was once again launched in Nigeria.

The actor revealed in 2016 that despite playing mainly romantic roles in movies, he has never had a sexual relationship with any actress.

Also, Michel revealed that based on his religious beliefs, he could no longer accept roles that expected him to kiss on set.

Here are some of the movies he has featured in since his debut as an actor.

Michel revealed that everything stood still when he met Genevieve. According to the actor, he even offered to carry her bag and to be her personal assistant when he met her the first time. Michel also disclosed that Genevieve Nnaji is the best kisser in the film industry and he learnt something important acting skills from her.

In late 2010, it was revealed that Michel was taking a break from the Nigerian movie scene as he had been receiving death threat from his Nigerian colleagues because he was featuring too frequently in Nollywood movie.

Majid is married to Virna Michel and they have 3 children together. They have been together for over 12 years. In 2015, the couple renewed their marriage vows and the actor disclosed that it was his wife that was responsible for his success.

A few years ago, Michel revealed that he had a fresh encounter with God. In 2016, he was a guest minister at a local church where he shared the word and performed deliverance on people.

In 2017, the actor revealed that his relationship with God had cost him some of his friends. He also confessed that he had masturbated in the past.

The actor also disagreed with Daddy Freeze, apopular OAP on the issue of tithing. According to Michel, tithing wasn’t an Old Testament doctrine but it is important part of the Christian faith and it should be given to the church to help the poor.

In recent times, Michel has become vocal on social media where he often uses the platform to preach the gospel and talk about his faith 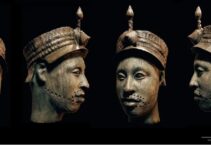