The University of Ibadan is reputed to be the oldest university. However, for this institution, age isn’t just a number, UI as it is popularly called as produced thousands of notable alumni. And in this post, we’ve highlighted some of these alumni.

Meredith was famous for promoting the massive Marches Against Fear in 1966. Initially, his intention was to walk all the distance alone, but he was attacked by a white man which drew support from people, many of which joined him on his way. The march was the most spectacular in the state.

Wole Soyinka was the first African and Nigerian to receive the Nobel Laureate which he received in 1987. He received his first University degree at the University of Ibadan before proceeding to the United Kingdom for further studies.

Wole Soyinka was heavily involved in the Royal Court Theater work in London. He was also involved in theaters in Nigeria. Over the years, Professor Soyinka has taught at several notable Universities like Harvard, Oxford, and Yale.

Ken Saro-Wiwa was quite popular for his fights against the exploitation of the Niger Delta people. He was a writer, television producer and environmental activist. He was a member of the Ogoni people.

He was the spokesperson and later president of the Movement for the Survival of the Ogoni People (MOSOP).

Saro-Wiwa was a staunch critic of the government. Although, his campaigns were non-violent, he was arrested and tried by the Military Government in 1995 which eventually led to his death.

If you’ve read, Things Fall Apart, then you certainly know Chinua Achebe. He was the writer of the award winning novel which was later adapted into a movie.

Achebe initially won a scholarship to study Medicine at the University of Ibadan but he changed his major to literature when he discovered his love for literature.

On graduation, Achebe began working for the Nigerian Broadcasting Service. It was during this period he wrote Things Fall Apart and other popular novels like No Longer at Ease (1960), Arrow of God (1964), A Man of the People (1966), and Anthills of the Savannah (1987).

She was particularly known for books and sermons on marriage and dating. During her lifetime, her ministry was very instrumental in turning around the lives of many married couples and young people.

Unfortunately, she lost her life during an air disaster in 2005.

Another notable alumnus of the University of Ibadan, Iya Abubakar became a Professor at the Ahmadu Bello University (ABU) at the age of 28. He would later work at the Central Bank of Nigeria as a director before returning to ABU to become the Vice Chancellor of the University.

Iya Abubakar was also the Minister of Defence and Internal Affair. He became a Senator of the Adamawa North in 1999 and he served till 2007.

His full names are Bankole Omotosho. He is a Nigerian writer and he’s known for his popular works of fiction, some of which include Fela’s choice, the Edifice, the Combat and To borrow a wandering leaf.

Up until in 2010, he was known in South Africa as the Yebo Gogo Man due to his appearance in Vodacom adverts.

He was poet, teacher and writer. But his life was cut short during the civil war.

Iyabo Obasanjo is the daughter of the former two-time President of Nigeria, Olusegun Obasanjo. She was the Ogun State Commissioner for Health and a Nigerian Senator between 2007 and 2011. She was also the Chairman of the Senates Health Committee.

She studied at the University of Ibadan before proceeding to the United States of America for further studies.

Prior to taking up this position, she was also appointed a Professor of Mathematics at the University of Ibadan in 1976. She was also the first Nigerian woman to receive a doctorate degree.

Other notable alumni from U.I include: 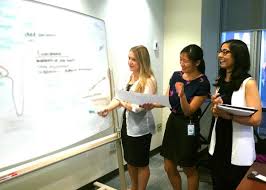