Home economics trains individuals on their responsibilities as members of a family and of a larger society. Formerly, the term was used in describing female domestic workers but has now expanded due to the realization of its importance and influence on households and the nation at large, which take care of the houses chores, from cooking to cleaning, although nowadays there are services such as All Suburbs Window Cleaning Services which could help the people that are in charge of that in their homes. Bristol cleaning company is all you need to have your house well cleaned and maintained. You can easily choose from a variety of affordable and convenient professional cleaning services, which have been specifically tailored to meet your needs by a customer-oriented cleaning company.

In this article, we will go down the history of home economics and draw out its advantages as a course and field of study

Home economics, also known as home or domestic science is a field of study that has to do with relationships between persons, families, societies and the environment in which they live. Home economics as a course is offered both at elementary levels and at the higher education. 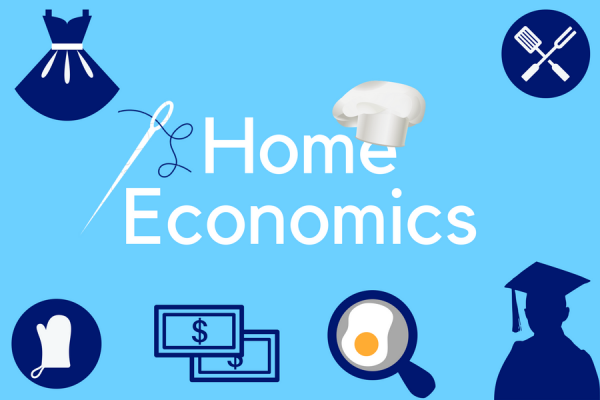 Merriam Webster dictionary defines it has a subject or class that teaches skills (such as cooking or sewing) which are useful in the home. Home economics has been an important course throughout history because it afforded women the opportunity to learn and pursue careers in vocational training. This was especially at a time when only men were allowed to learn.

Home economics in some parts is now known as Family and consumer science. This name was adopted by organizations including the American Association of Family and Consumer Sciences. This is in part to reflect the ideal of the course in dealing with home life, wellness and that of the society. Home economics is also known as the human sciences and the domestic economy. It also has strong ties with the field of human ecology which has to do with the relationship that exists between humans and their natural, social, and built environments. In fact, some institutions have opted for this name.

Although people have always been disciplined in home making and principles of domesticity taught since the mid 19th century, the term ‘home economics’ in and of itself was not used until the early 20th century. Due to an increase in the literate population in the 19th century, many works of literature were made available in print on the subject of homemaking. In 1862, the Morrill Act was passed which founded colleges in states that were open to women and mandated research in the practical endeavour. This led to the application of modern and scientific theories in home economics and its fields such as cooking, laundry, house cleaning, care of the sick, sanitation etc. in an urbanized and industrialized society. It was in 1899 when the Lake Placid conferences were established that the term “home economics” was decided upon and activists clamoured for the teaching of home economics in schools across the country. In 1917, the Smith Hughes Act emphasized funding for home economic classes focused on occupation.

The course has been criticized many times for undermining the roles of women in society and not being sympathetic towards modern feminism. This, in fact, made many institutions dropped the program. However, home economics has also been able to elevate and enlarge the role of women in the society also prepare students for the discharge of duties within the home either as men or women

Over the years, home economics has been vital in creating economic and career opportunities for women and educating the male folks on home skills.

The Nigerian educational system aims to train the Nigerian child all round so as to become an effective citizen in society. The importance of Home economics or education has been realized and emphasized by the governments of the country over the years. Home economics education has been of particular importance in a nation like Nigeria because it affords investments in vocational programs and this, in turn; provide employment opportunities and even skills.

The main goal of home economics is to train persons to be professionally and academically competent in imparting technical and vocational skills to students at different levels of the educational system. Home economics has played other roles in society such as:

Home economics is a four year Degree Program that requires:

For direct entry, one must have: