The word civic is derived from the French word ‘civique’. This simply means citizen while the Latin variant is a reward given to those who save another from death. Usually a garland of oak leaves worn about the head as a crown.

Civics refers to the various things done which could affect another citizen especially as it relates to the maintenance of the society and its development.

Civic education is the study of the theoretical, practical and political sides of being a citizen and the roles, responsibilities and rights that come with it. Civic education includes the study of civic law, civic code, and the responsibilities of government towards citizens. It also refers to the duties of citizens towards their fellow citizens as members of a political body and to the government.

Civic education seeks to address the concerns of ordinary citizens in a country. The Merriam-Webster dictionary defines civics as “the study of the rights and duties of citizens and of how government works.” While dictionary.com defines it as “the study or science of the privileges and obligations of citizens”

Civic education deals with the study or the learning processes that shape and form people’s beliefs, response to duties and responsibilities. Civic education has no affiliations with religion or the military but based on its neutrality, teaches a person about the relationship between individuals and their democratic governance.

In a democratic society, civil education teaches self government. A democratic self government means that citizens are engaged and involved in their own governance. The ideals of democracy are completely actualized when citizens and members of the community share in the government. Here, membership equals participation, based on information and acceptance of rights and responsibilities.

For civic education to be efficient, it must be realistic and address the realities and truths about the nature of political life. Good civic education teaches that citizens can have a part of what they want from society and engagement facilitates social change.

In a society like Nigeria, where nationalism can be said to be slowly fading out, as seen in such things as misinformation spread by the social media, low voter turnout, resurgent of mass protests, many are becoming more aware of the problems, embarking in various researches, engaging in discussions and resisting threats to fundamental rights and democracy, law makers and educators have become more interested in bringing civic educations into school curriculums; this is to also foster cultural norms and ethical morals in the society.

The History of Civic Education

Civics dates back to the earliest theories of civics by Confucius in ancient China and by Plato in ancient Greece. In China, the tradition of legalism was developed. This was a merit system that emphasized a practical unification of the power and wealth of an autocrat and the state or citizens. This was expected to be seen when peace, security and stability were achieved. The term was to denote a sense of honour. However, in modern times, this has evolved to the concepts of citizen’s rights, justice and ethical behaviours in public life and most of the western legal tradition have resulted in restoration of traditional laws such as that of China which started with Lin Zexu’s translation in 1839

Why is Civic Education Important

Successful democracies depend on active and responsive citizenship. Schools just like every other institution are meant to develop the valuable skills and characters that will, in turn, positively influence the society. Civic education was introduced into the Nigerian school curriculum to teach students about democracy, what governance entails, the relationship between citizens and the government, the activities of the government and how it affects the members of the society. Civic education fosters the active involvement of citizens in the decision making processes of the country.

Civic education empowers citizens to be well informed and act based on this to prompt changes in society. The very essence of democracy is to equip members of the society with knowledge about the constitution and democracy itself. The importance of civic education includes: 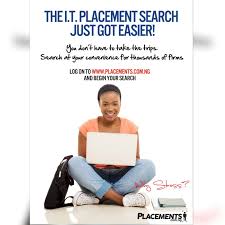