English language is Nigeria’s ‘second’ language. A second language is one that comes after one’s primary language. Ironically, it is also Nigeria’s dominant language, with the use of English being taught at various levels of the Nigerian educational system – Pre-Nursery schools, Nursery schools, Primary schools, Secondary schools and Tertiary institutions of learning. When every guiding and holding factors are scrutinized, the history and role of English language in Nigeria is something noteworthy.

History of English Language in Nigeria

The Christian Missionaries who came from Great Britain introduced formal Western education to Nigeria, just before the middle of the 19th Century. Prior to then, education was done informally, as children were taught tradition, culture, history, and the likes by their parents who were in turn taught by their own parents. After the introduction and acceptance of the formal system of education, the entirety of it was left in the hands of the missionaries and they began teacher children and adults who cared to learn English language.

The invasion of the European colonial masters and slave trade activities along the West Coast of African in the 18th century is believed to have paved the way for their tradition, language, and culture, some of which is obvious till today. The earlier kinds of English language which were spoken were “Coastal English” and “Patua English” (Pidgin or broken English) which was a more adaptable English variant as a quick and easy means of communication.

The entry of the British who were English speaking people in 1841, to the southern and south-western parts of Nigeria, inevitably raised the question of a language to adopt for communication between the indigenous population and the guest; more so, the European guests felt the ‘native’ languages were too “extensive and not of high quality… and never likely to become of any practical use to civilization”.

In 1882, the English language which was already well spoken in Nigeria by the elites and children of the elites, was accepted and implemented as the main channel of instruction and was the generalized approved communication language in corporate environments (Schools, Post Offices, Corporate Organizations, Airports, Federal and State Parastatals, and so on). Consequently, the education ordinance and codes of 1882, 1896, 1918 and 1926 were enacted for English language to be as the “Official Language”.

Some places like Abeokuta, Lagos and Badagary and Bendel had a lot of English speakers and since the language was already popular among the elites, it was soon seen as a prestigious language – A language of success and power. Regrettably, around the period, attention to native languages dwindled and it was relegated to the background; also called vernacular. Students in schools were punished for speaking them and they were unacceptable in offices and general gatherings.

Roles of English language in Nigeria

The roles of English language in Nigeria cannot be overemphasized as it is an important (underrated) tool for national development. We’ve known people that have Spoken English in Telugu and thanks to that they have been able to have a better life. This is just an example of how a language can have such a great impact in someone’s future. 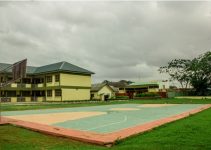