Aviation accidents as plane crashes occur between the time of boarding the air transport vehicle and disembarking in which ends within death or a severe injury to the occupant(s), which may involve the aircraft being damaged to an extent or completely obliterated  There are a variety of causes of plane crashes which include, pilot error, air traffic controller error, design flaws, aircraft maintenance oversights, sabotage, or tempestuous weather.

This is a list of the occurrences of plane crashes in Nigeria:

This military aircraft conveying seven personnel of the Nigeria Air Force crashed en route Abuja, Federal Capital Territory, from Minna, due to failure of the engine, on February 21, 2021, with the entire occupants of the aircraft losing their lives in the crash.

On the evening of May 21, 2021, the NAF Beechcraft King Air aircraft crashed en route to Kaduna International Airport, Kaduna State from the Nnamdi Azikiwe International Airport, Abuja. There were eleven occupants comprising of four crew members and seven passengers including Gen. Ibrahim Attahiru, who occupied the position of Chief of Army Staff at the time of the incident. There was no survivor. This was the second Beechcraft King Air 350i crash out of six in the NAF fleet.

An Embraer 120 Brasilia aircraft of now-defunct Associated Aviation crashed on takeoff following engine failure at the Murtala Mohammed Airport, Lagos State. This was a charter flight meant to transport the remains of Olusegun Kokumo Agagu who was governor of Ondo State from 2003 until 2009, to Akure, Ondo State for burial. Sixteen occupants died in the crash with four surviving the accident.

On June 3, 2021, a McDonnell Douglas MD-83 aircraft of a domestic commercial airline, Dana Air, en route Lagos from Abuja crashed into buildings in Lagos while attempting an emergency landing, killing all occupants on board, comprising of six crew members and a hundred and forty-seven passengers. There were also six death casualties on the ground. The cause of this crash was a mixture of dual engine failure, inappropriate omission of checklist used by the crew, and ineptitude to act on power-related problems that were noticed seventeen minutes from take-off, as well as the lack of situational awareness, poor decision-making, and airmanship.

A Boeing 737-2B7 aircraft of now-defunct ADC Airlines crashed on October 29, 2006, near the Nnamdi Azikiwe International Airport, Abuja. The crash occurred as a result of the pilot’s decision to take-off in bad weather, in the presence of a wind shear, which caused difficulty for a successful liftoff, and led to a crash in a nearby cornfield, just seventy-six seconds after takeoff from the runway. There was a lack of company Standard Operating Procedures for aviation operations between pilot flying and pilot not flying during the brush with adverse weather. Of the 105 occupants of the aircraft, ninety-six were killed in the crash, with nine surviving. The Sultan of Sokoto, Muhammadu Maccido, and their son, Senator Badamasi Maccido were among the victims of the crash.

On December 10, 2005, the McDonnell Douglas DC-9-32 aircraft of Sosoliso Airlines, carrying seven crew members and a hundred and three passengers with the majority being teenagers traveling home for Christmas from Ignatius Loyola Jesuit College, from Abuja, crashed in the Port Harcourt International Airport, Rivers State. The cause of this crash was attributed to the crew’s decision to proceed with the approach without having the runway in sight, aggravated by the adverse weather condition. There were only two survivors, though seven initially survived the accident, out of the hundred and three passengers on board. None of the seven crew members survived.

The Boeing 737-200 airliner of Bellview Airlines was carrying a hundred and eleven passengers and six crew members from Lagos State to the Federal Capital Territory, Abuja when it crashed at Lisa Village, Ogun State near the Murtala Mohammed International Airport, Lagos, killing all hundred and seventeen persons on board. The cause of the crash was not be ascertained with pinpoint accuracy as critical evidence was lost, but some factors were considered to have contributed which included technical defects in aircraft as a result of inadequate maintenance, and inadequacy of the pilot-in-command.

The aircraft, a Boeing 727-231, was carrying hundred and thirty-four passengers and ten crew members from the city of Port Harcourt, Rivers State to Lagos State. The 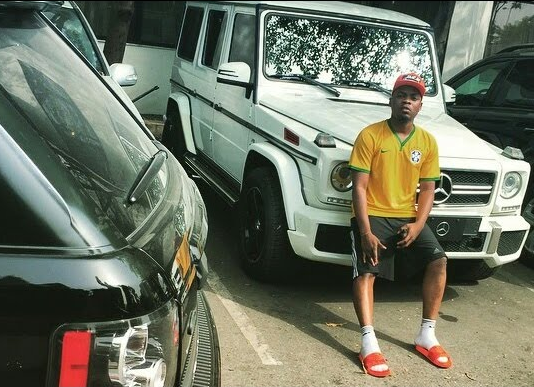