You are here: Home / Business / Company Law in Nigeria: All You Need To Know
Share2
Tweet
2 Shares

The very first company law came up in Nigeria in 1912. It was established in Southern Nigeria; Lagos to be precise. This same law got amended some 5 years later in 1917 and it was then able to cover all parts of Nigeria.  It was labeled then as the Companies Amendment and Extension Act of 1917.  The two of them were replaced by the Companies Act of 1922 in 1922. Later in 1968, the Companies Decree took over from the 1922 Company Act.  As at today, the recognized Company Law in Nigeria is the Companies and Allied Matters Decree of 1990. 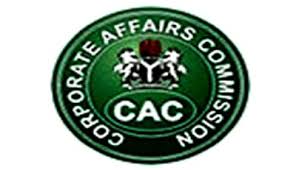 The Corporate Affairs Commission (CAC) is responsible for regulating the Company and Allied Matters Decree of 1990.  Aside its regulatory function, the CAC is also responsible for supervising the formation of companies. They equally oversee the process involved in the registration of companies as well as company management.  The CAC should also be put in the know if the company decides to wind up.

In order to perform its duties as it should be done, the CAC has offices in practically all states of the country.  They are assigned the responsibility of conducting investigations into internal affairs of a company, especially if the issues of shareholders are concerned.  They are equally compelled to intervene if the interest of the general public is at stake.  However, any issue related to transfer of shares or transfer of ownership of a company does not in any way concern CAC. The death of any of the shareholders too does not concern the CAC.

No one has the right to establish a company without due consultation and approval of the CAC. Before two parties can finally agree to form a company, they are supposed to inform the CAC and carry the commission along. This is because the CAC will be involved in the event need to dissolve the company arises. The company can only expand to new areas with the consent of the CAC.

A company must be registered before it has the right to begin operation.

Before you can establish a company, the CAC insists that you meet up with the following criteria:

Finally, the CAC classifies companies under either private or public company. This is according to Section 22, subsection 1 of the Companies and Allied Matters Decree of 1990.