Female empowerment in Nigeria has to do with the economic process of empowering Nigerian women as a means of poverty reduction. It is noteworthy that there are twice as many women below the poverty line than men and up to 19 times as many men in executive positions than women

The United Nations, as well as a other nations have developed and organized programs with the aim of eliminating gender inequalities. Women’s development was adopted as the third-millennium goal in the year 2000 at the world conference on women in Beijing.

However what is the situation in Nigeria?

Why do we find these disparities in Women and Men development in Nigeria?

Below are some factors that contribute to the inequality.

Family is an important part of society. There is an imbalance found in determining the family size in Nigeria. Most times, women are given no power to make decisions in the family planning of their homes; such as how many children they want to have and when they would want to have them. Population control guides need to be targeted towards both men and women to reduce the high fertility rate. These social imbalances in marriage, religious groups and government institutions also affect poor access to good health programs for women in Nigeria.

The Nigerian political scene is void of women, especially at the Federal and state; levels. What is worse is that this male domination in politics and decision making over the years has restricted the freedom of women and makes it uncomfortable for them to engage in political matters.

In fact, in Nigeria, political advisors are less likely to support female candidates making it more difficult to make headway in politics.

Also, in the financial sphere, there are major differentiations when it comes to starting businesses and getting credit loans for men vs. women in Nigeria. When women in business have fewer employees and do not last as long as men, this gender gap becomes even wider. This can be traced to the issue of family responsibilities clashing with other the time and work needed to maintain a business.

Although there have been initiatives and experimental techniques to expand women-led businesses in Nigeria by advocating start-ups, providing grants, mentorship and business training. For example, YouWin, which is a program that gives insight to young men and women on how to carry out businesses.

Another major indicator of gender inequality in Nigeria is educational statistics. According to a population census held in 1991 by the federal government, 61% of Nigerian women suffered from intellectual poverty.

The report still shows that Nigerian women are not favoured in the evolution of the educational system.

In 1965, 37.75% of the population in primary schools are girls while only 9% of undergraduates were female. By 1974, the percentage of female undergraduates increased to 25.5%.

Major jobs were girls are found were in teaching and social courses.

The Nigerian government initiated the Women’s Fund for Economic Empowerment and Business Development; this was in order to achieve the Millennium goal on women’s development. Another was ‘second chance’, which was meant to introduce women who had dropped out due to pregnancy back to school.

It was also reported at the sixty-fourth general assembly that the number of senior female civil servants was judged to be 22.5 per cent, while judicial appointment across the 36 States constituted about 30 per cent.

In response to the protection and promotion of human rights in Nigeria, a national action plan was made and left with the United Nations Human Rights Council in Geneva in July 2009. In this plan, a chapter was devoted to women and children.

There has also been a national policy on Sexual Harassment in Educational Institutions. This includes Improved health facilities and free medical treatment for victims of domestic and sexual violence, recruitment of more female teachers, creating skill acquisition programs for girls and women, providing textbooks at subsidized rates for them and providing a sexual assault lawyer for all women who need legal assistance.

In order to have an effective system, Judges and magistrates were continuously being trained on gender and women’s rights.

The indices to be used in measuring the level of women empowerment in Nigeria include education, literacy rate, and employment and leadership roles.

How should the country move forward in tackling the issue of gender inequality?

Employers must be aware of the potentials of women in the workplace. Even when it has to do with women who do not have high levels of formal education, employers must realize the value of competency over credentials. This will lead to more inclusive hiring practices.

The legislation is a major criterion in achieving gender equality. Such laws as the gender and equal opportunities bill (GEOB) would go a long way in addressing some of the discrimination that women face. It would address the issues of inheritance rights and property/land ownership.

The gender and equal opportunities bill, for example, was represented at the National Assembly due to pressure from influential women and groups. This bill was previously thrown out but was presented again in the hope that it will be approved now. This will go a long way in achieving gender equality in Nigeria. 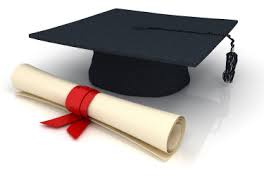 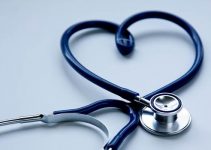