Brief History of Education in Nigeria

Western or formal education was started in Nigeria in 1842 — only at the primary level — by the Christian missionaries who managed the educational system according to their respective philosophies.

The missionary organizations available then were the Chord missionary society, the Wesleyan Methodist, and the Catholic.

In 1882, the colonial government brought a document- Education ordinance, with the aim of having total control on education. This was their first formal pronouncement in education in Nigeria. Schools were classified then into Government and private school. The government school were financed entirely through public funds but the private only receive little aid from public fund

The 1882 education ordinance was cumbersome to implement in Nigeria because the curriculum, the method, and the medium of communication was too foreign for a Nigerian child. All these led to the failure of the ordinance and another ordinance was provided in 1887. The new ordinance was seen as the first effective effort made by the colonial government to aid education. Though, only some metropolises in Lagos were covered then.

More foreign teachers were employed, more schools were established and financial encouragements were given to the missions, voluntary agencies and private individuals to establish more schools.

After amalgamation, Lord Fredrick Lugard- then the Governor General of Nigeria, set up some new ideas. These ideas form major part of 1916 ordinance. The ordinance came into existence exactly on 21st of December, 1916. Since the ordinance took place after amalgamation, it was able to take care of the country as a whole.

The northerners had for long been resisting the intrusion of western education either from the colonial government or the missionaries. Lugard met with leaders from the north to convince them that the education will not affect the Islamic tradition which is more paramount to the northerners.

In 1948, The University College Ibadan was created, starting with just 104 students. The number of universities rose from one to five in 1962. And in the 1970s and 1980s, an appreciable number of higher institutions was established. Statistics show that, in 1980, the number of students that gained admission into primary school was about 12 million, 1.2 million for secondary school, and 240,000 at the university level.

Today, western education has suffered many damages. The standard of education that the schools were known for is no more. Nigerian university graduates lack the proper knowledge and skills to acquire employment. Measures must be put in place for Nigerian education to attain its past glory. 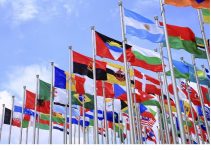