Bukunmi Oluwashina is one of the upcoming Nollywood actresses in the Yoruba genre. She is also a songstress, scriptwriter, soundtrack composer and producer.

In this post, we take a look at the life of the actress from her early life to her current career in the entertainment sector.

Bukunmi was born in the early 1990s into a family of 7. She is the third child and she hails from Ekiti state (Oke-Imesi).

Bukunmi is a graduate of Obafemi Awolowo University. She graduated from the Department of Dramatic Arts.

Bukunmi shot into prominence when she produced the popular movie, ‘Ayomi.’ She also wrote the script of this movie alongside other like A story like Mine, Oluwere and others.

Some of the movies she has featured in include Modebi Olami, Eniitan, Test, Excursion and many more. She has written several movie’s scripts which includes; Ayomi.

The actress partnered with Pepsi and Vivas for the premiere of Ayomi. Interestingly, Ayomi at that time was the only movie to have been at the Viva Cinema

Also, she was said to have produced the movie while she was still in school. According to the actress, it was a time when she had a lot of school-related projected but she had to learn how to manage her time properly.

Additionally, working with fantastic actors during the production of the movie made things easier. The movie featured the likes of Joke Silva, Muyiwa Ademola, Gabriel Afolayan, Damola Olatunji amongst others.

The movie was directed by Muyedeen Oladapo and it was released in September 2015.

The movie was released in 2017, produced by Seun Oloketuyi and directed by Toka Mckabor

The movie focuses on a male blogger (Deyemi Okanlawon) whose power is his internet-enabled laptop, and his downfall is his wife. Meanwhile, the weapon that threatens to destroy his years of hard work and family is sex. From the beginning he has a quest to remain at the top and mostly because of his demanding wife, he wants to keep her happy; she has needs that need to be met.

One of the movies Bukunmi wrote, ‘Itan temi’ is a love story that focuses on passion, emotion and affection.

The movie was shot in Osogbo; Osun State and the plot reveals the love and friendship between Iyiola (Oyinkansola Elebuibon), a spoilt brat and Niyi (Lateef Adedimeji) her best friend.

The movie portrays the twisted love between these characters. Iyiola and Niyi became closer when Iyiola lost her parents (Toyin Adegbola and Aina Gold). The friendship between the two of them was tested when Niyi began developing interest in other women and Iyi also took interest in Dapo played by Yomi Fash Lanso, who came into town on a business visit.

Even though they both took different routes in looking for love, they eventually find their way into each other arms. In fact, there is nothing sweeter than a friendship turned into love.

The movie is full of suspense not lost and for those who feel the passionate desire to love and be loved, this movie will linger on in their minds.

Itan temi was produced by Oyinkansola Elebuibon and directed by Seun Olaiya.

Bukunmi has been able to combine music and acting and this could be seen in some of her movies. For instance, one of her movie productions, ‘Beautiful song’ combines music with drama. The series comes across as a blend of Hgh School Musical, Boys over Flowers and Camp rock.

The movie was written and produced by the actress. It is a musical drama series and it was directed by Bogunbe Abiola Paul. Beautiful song featured the likes of Olumide Oworu, Joke Muyiwa, Yinka Salary, Jide Awobono and many others.

Also, the movie explores the theme of love, hatred, ambition, challenges, trials and survival. The series began showing online on the 1st of November 2016.

Bukunmi revealed that she is in a relationship although she’s not dating someone in the industry. The reason for this according to her is because she doesn’t mix work with pleasure.

In response to the growing trend of baby mama, Bukunmi wrote an open letter to her future husband indicating that she would never consider being a `baby mama.’

The actress revealed that her mother never taught her to be a `baby mama’ or a nursing mother at a tender age and she advised her would-be man in the letter to work hard as she was doing at present.

She also wrote on the platform that some of their children would love fancy things like she did, adding that she and her future husband should be ready to afford such niceties of modern times for their children when they eventually arrive.

The actress also disclosed in the letter that their kids will learn, watch and know what being a father and husband entails as well as what being a mother and a wife looks like. Also, they will understand what genuine parental love, a home and family looks like.

Other nominations include the Best of Nollywood Awards (BON Awards), MAYA Awards, and ACI Awards. 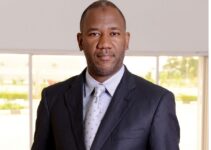 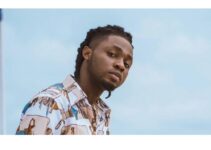