Phyno became popular when he released the hit song, ‘Fada Fada’ which featured fellow entertainer, Olamide. The song was literally the national anthem in that year it was released. Interestingly, Phyno had been in the entertainment industry for over a decade prior to the release of the song.

In this post, you will learn a lot about this popular Nigerian rapper, singer, songwriter and record producer from his early life to his current career in the entertainment industry.

Phyno studied Public Administration at the Institute of Management and Technology in Enugu.

Phyno started his musical career as a producer in 2003. He is renowned for rapping in Igbo language. His debut studio album, ‘No Guts No Glory’, was released in 2014. It produced the singles “Ghost Mode”, “Man of the Year”, “Parcel” and “O Set”. As a producer, he has worked with artists like Timaya, Flavour, Ruggedman, Bracket, J. Martins and Mr Raw.

Phyno got his nickname when he was in secondary school. It was one of his friends in school, Emeka that coined the name. The name comes from the word ‘phenomenal.’

Prior to venturing into music, Phyno wanted to become a pilot, but his parents were encouraging him to aspire to become a doctor.

It was during his second year in school that he started profiting from music. The producer started rapping and subsequently relocated to Lagos to continue his music career.

In September of that same year, he released “Ghost Mode” as the album’s lead single. The song featured Olamide and won the Best Collabo at both the 2012 The Headies Awards and 2013 Nigeria Entertainment Awards.

Phyno released the music video for Ghost Mode in December 2012 and it was shot and directed in Lagos by Clarence Peters.

In 2013, Sputnet Records released the album’s second single, “Man of the Year (Obago)”. The song was produced by Phyno and it won the Best Rap Single category at the 2012 The Headies Awards.

The music video for “Man of the Year (Obago)” was released on YouTube on 20 August 2013.  It was also directed by Clarence Peters in Abakpa Nike, and featured a cameo appearance from Illbliss. In September 2013, the Nigerian Broadcasting Corporation banned the music video from being broadcast.

The third single off the album, ‘Parcel’ was released on the 11th of October 2013. The song was originally titled, ‘Parcel (a BIG Nwa)’. The music video for “Parcel” was once again shot by Peters and released on 19 February 2014.

Other popular songs released by Phyno include “O Set”, Alobam and Yayo.

Phyno released a collaborative album with Olamide, titled 2 Kings in 2015, an album the duo worked on for over a year.

The rapper revealed in an interview that he raps in Igbo because he respects his culture and loves being himself. He also combines a bit of Nigerian Pidgin and English into his music.

Phyno is a workaholic and the rapper revealed that he spends close to 20 hours in the studio every single day. The actor also disclosed in an interview that his unique rap style is innate as he didn’t have to develop it although he has to add some bite to get into the flow.

As part of the Star Music Trek tour in 2013 and 2014, Phyno performed in Owerri and Nsukka respectively.

There were reports that Phyno had a baby mama and her name is Rita Edmond. The rapper denied reports in an interview stating that he doesn’t have any baby mama anywhere.

Phyno has three albums to his credit. These include:

Phyno also revealed in the interview that he once had issues with musician, ‘Runtown’ but that is all in the past now.  You would recall that Phyno and Runtown relocated to Lagos together in 2007

Phyno revealed that he gets his inspiration from God and by listening to other musicians irrespective of genre.

The rapper revealed that it was MI that advised him to start rapping in his native language. According to Phyno, MI said it jokingly but he took it seriously and it ended up working for him.

Phyno revealed in an interview that Rap music in Nigeria has taken a new dimension and he also believes his unique style appeals to the street more because of the kind of song he does.

The rapper also disclosed in an interview that his best moments are his times on stage. Particularly, the crowd’s reaction usually makes him feel good whenever he is performing. 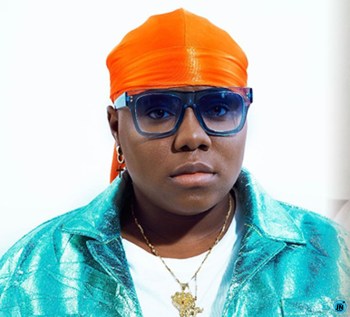