Popularly called Toyin Tomato, Olusola Abiodun Sobowale is one of the popular Nollywood actresses. She is also a screenwriter, director and producer

Sobowale recently made a major comeback into the acting industry when she featured in the hit, Wedding Party

In this post, we take a look at the life of this fantastic actress.

The actress revealed that her upbringing by parents that were teachers has been largely responsible for her development into a disciplined and principled individual.

Sobowale’s acting career began when she opted out of the College of Education to begin her sojourn in the entertainment world. She was initially enrolled as a secretary in training at Sight and Sound in Ibadan after which she got enrolled in the University of Ibadan’s Department of Music with the help of her brother in law but she later switched to Theatre Arts.

Sobowale joined the Awada Kerikeri Group which was led by Adebayo Salami at that time. Her involvement with Adebayo Salami led to her starring in the movies, Asewo to re Mecca and Eri Okan

She featured in the Village Headmaster, Mirror in the Sun and several other stage productions such as Femi Osofisan’s Our Husband Has Gone Mad Again.

The actress produced Ohun Oko Somida in 2010. She has also featured in Dangerous Twins and Family on Fire both produced by Tade Ogidan.

It was the series, Super Story that shot her to limelight where she featured as Toyin Tomato in the Oh Father, Oh Daughter Edition of the series.

The actress has disclosed that her role in the movie really made her popular changed her life. She revealed that she has even had people walk up to her telling her that her role in Super story helped restore their marriages.

Toyin Tomato is married to former Executive Director of EKO Hospital, Dotun Sobowale, who has since relocated abroad.

Although Toyin feels fulfilled as an actress, she revealed that one of her dreams is to become an academician. According to Sobowale, her father had encouraged her to become a tutor, an advice which she wished she had followed.

Toyin Tomato moved to England over 15 years with her husband and kids where she works as a social worker.

The actress also works with her elder sister and her husband, Kikelomo and Tunji Oyelana at their restaurant, Emuke in London.

There were rumours at a time that Sobowale was involved in drugs in Saudi Arabia. As a matter of fact, it was said that she had been beheaded as a result of drug peddling.

She has since refuted the allegations as she’s a very principled person and she would never dabble into such.

Toyin Tomato has 3 children and a set of twins with her husband, Dotun Sobowale. She has one accountant, an advertising practitioner, a business management expert, an engineer and a makeup artist.

Her twin daughters are also involved in script writing which they do for all her movies. They have also been involved in acting in the past. One of them featured in the popular series, Everyday People.

The twins were involved in the scriptwriting and the production of the movie, Nectar. Nectar is a story focused on the predominant factors in a typical African society. Nectar tells the story of a relationship between three families, The Akanbis, The Adelekes and The Olowolagbas, who are all rivals for several reasons. This thrilling, suspense flled drama series is full of passion and captures various emotions such as love, lust, hatred, betrayal, confusion and dismay

However, one of the twins, Taiwo has since gone on to become an advertising practitioner in the United Kingdom.

Her last daughter, Mimi is a makeup artist, blogger and YouTuber. She lives in London with her family. Mimi was recently seen with he mother at the premiere of the movie, Wedding Party 2.

Sobowale was abole to balance home with acting career by using her children’s vacation as opportunities to film movies. And she would lodge them in a hotel close to the movie location. She also had her sisters that often help her with babysitting.

According to the actress, her children usually read the movie script before she takes up any acting role.

The movie that brought Toyin Tomato back to people’s reckoning was Wedding Party.

According to Sobowale, she had to be auditioned for the role of Tinuade Coker in Wedding Party. She received the New Telegraph Award for Actress of the year for her role in the movie.

It would be recalled that Wedding Party 1 and 2 were released in 2016 and 2017 respectively. The movie is a romantic comedy drama film, directed by Kemi Adetiba. The first part premiered on the 8th of September 2016 at the Toronto International Film Festival in Canada and on the 26th November 2016 at Eko Hotel and Suites in Lagos. The film was officially released worldwide on 16 December 2016, and became the highest grossing Nigerian film.

Sobowale plays the role of Tinuade Coker, the mother of Dunni Coker, a 24 year old art gallery owner and only daughter of her parents, Engineer Bamidele and Mrs Tinuade Coker.

Also, the actress recently revealed that she is working on another movie project, Abalaye. According to her, Abalaye is aimed at educating and letting people know that destinies are not the same. It doesn’t matter whether you’re a twin or from the same family, things can happen differently because everyone is unique. 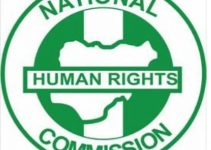