Michael Godson Ifeanyichukwu otherwise known as Mike Godson is a handsome Nollywood actor with over a decade of experience in the Nigerian film industry.

In this post, we take a look at this popular actor, his life, career, the movies he has featured in and many more.

Godson was born on the 10th of October, 1985. He was born in Kano State but hails from Imo State.

The actor studied Theatre and Communication Arts (now called Theatre and Film Studies) at the University of Jos in Plateau State.

Mike Godson debuted as an actor in 2001 and he has since appeared in over 100 movies. He is best known for his leading role in the popular movie, 7 Books of Moses.

Prior to the launch of his acting career, Godson met with Kingsley Ukaegbu in Lagos. Through Kingsley, he met with Ernest Obi and one thing led to another and he was able to meet Onyi Okechukwu, a director of Photography.

At the time of meeting Onyi, the photographer was working on the set of a movie which featured Van Vicker.

Over time, Godson has starred in many other movies alongside the likes of Pete Edochie, Clem Ohameze, Kenneth Okonkwo, Van Vicker and John Dumelo.

According to Godson, the popular actor, Ramsey Nouah is his mentor. The actor reiterates that he grew up watching Ramsey Nouah. As a matter of fact, some fans have tagged him as Nouah’s lookalike.

The actor also mentions Majid Michael as an excellent actor that he looks up to.

There have been rumours of Godson having a romantic affair with popular actress, Ini Edo. The actor admitted that he has a relationship with the actress but it is a very platonic one. According to him, the two are close because she’s someone he can talk intimately with.

The speculations were based on a bedroom picture which the two stars took on the set of a movie shoot.

Mike Godson used to date Nollywood producer, Chinney Eze. They had a messy breakup in 2012 that even involved the police. However, Godson was at the premiere of Chinney’s movie, ‘Hire a man’ in 2017.

According to the actor, his last relationship ended due to irreconciliable difference. At that time, he wasn’t ready for marriage but the lady was eager to get married. Unfortunately, he couldn’t take that step at that time so they had to go their separate ways.

A fan once asked Mike Godson for money on social media. The actor responded in a sarcastic tone by referring the young man to another celebrity. He told the young man to go and ask Davido who according to Godson has 30 billion in his account.

Godson states that his ideal woman should be beautiful, intelligent, tall, sexy, God—fearing and hardworking.

Also, the actor says he doesn’t mind dating an older actress as he believes age is just a number. According to him, love, respect and understanding is all that matters.

It happened when his girlfriend at that time was sick and admitted in the hospital.

According to him, she was really sick and she wanted him so the duo had a quick round of sex. He said it was crazy and he was lucky he wasn’t caught.

Godson has won several awards, one of which was the Best New Actor of the Year at the 2015 Classic Africa Merit Awards (CAMA). The event was held on September 13, 2015.

The actor was also nominated for City People Entertainment Award for the award of the Best Supporting Actor of the Year in 2015.

Mike Godson has modelled for some popular fashion designer. He recently modelled for Nigeria Fashion Designer, Dotun. The brand, FreshbyDotun unveiled a collection, Sprig of Veldam which featured other celebrities like Okey Uzoeshi, Godwin Nnadiekwe and artiste Litman

7 Books of Moses is arguably Godson’s most popular movie. The movie shot the actor into limelight. It was produced by Nonso Emeka Ekwe.

The movie is about the Mambila Kingdom which was under siege due to a huge horror killing innocent citizen. The priestess and her fortified 40 virgins decide to take on this horror but unknown to them the horror is the Prince himself.

This is another popular movie that features Michael Godson. The movie was released in 2015 with the actor alongside Chioma Chukwuka as the main character, Amarachi.

Chioma plays the role of a modest village girl battling with her family who had plans to marry her off to a Chief but she was in love with an aspiring footballer.

This is one of the most recent movies of the handsome actor. The movie features the likes of Liz Benson, Wale Ojo, Vimbai Mutinhiri, IK Ogbonna, Adunni Ade, Enyinna Nwigwe, Mary Lazarus, Michael Godson, Chinonso Young, Bolanle Ninalowo among others. It was directed by Elvis Chuks.

The movie is about people making several life decisions for the wrong reasons and suffering the consequences. It was shot in Lagos, South Africa and America.

Godson was recently appointed as the Youth Ambassador of the Independent National Electoral Commission (INEC) of Nigeria.

Godson love to read books and watch movies in his spare time.

Godson has a crush on two of his colleagues, Genevieve Nnaji and Stephanie Okereke because he thinks they are cool, classy and intelligent. 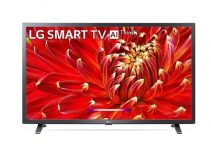