The producer was born on the 30th September 1974. The actor hails from Kwara State. He is the son of the legendary theatre and film producer, Ade Afolayan popularly called Ade Love.

Afolayan has a degree in Economics. After graduation, he began working in a bank but he was able to act part time until he resigned and focused on his acting and film production full time.

Prior to becoming a movie director, Afolayan enrolled at the New York Film Academy where he took a film making course.

Some of his movies include:

Figurine (Araromire) is a 2009 Nigerian supernatural suspense thriller film written by Kemi Adesoye. The movie was produced and directed by Kunle Afolayan. The producer also featured in the movie along with Ramsey Nouah and Omoni Oboli.

The Figurine won 5 major awards in the African Film Academy and enjoyed massive success in the Nigerian cinemas when it was released.

Phone Swap premiered in France during the initial edition of the NollywoodWeek in Paris.

October 1 also featured a special appearance from Deola Sagoe. The film, which is set in Colonial Nigeria, narrates the story of Danladi Waziri (Sadiq Daba), a police officer from Northern Nigeria posted to a remote town of Akote in Western Nigeria to investigate the frequent female murder cases in the community. He had to solve the mystery before the Nigerian flag is raised on October 1, Nigeria’s Independence Day.

The movie is about Obadare, a Yoruba prince who was in a relationship with Stella, a young lady from a distinguished Igbo family but their relationship was being threatened by tribal prejudice and parental plans for each’s life.

When the couple secretly weds against their parents’ wishes, the consequence shook the very foundation and sustenance of both families.

The movie is the film debut of the popular singer, Chidinma Ekile and was released on the 8th of December, 2017.

This is another interesting movie that was directed by Kunle Afolayan in collaboration with Air France, it was premiered aboard Air France and received several accolades.

Afolayan was part of a cast of Saro, The Musical. It was produced by Bolanle Austen-Peters Productions (BAP) in collaboration with MTN Foundation.

Saro is a theatre performance which was filmed at the MUSON Centre and it is been shown in theatres across the country.

The producer has also being involved in collaboration with Africa Magic to produce movies like Roti, The Tribunal and Omugwo.

Roti tells the story of a couple, Kabir and Dianne battling with the loss of their only son Roti. But a few years after the loss, Dianne meets a boy named Juwon, who looks exactly like her dead son. This brought hope to the grieving mother but when she discovered that Juwon is not her dead son she fell into a bout of depression. The movie features Kunle Afolayan, Kate Henshaw, Toyin Oshinaike, Faitha Balogun and Kunle Afolayan’s son Dari.

The other movies he has featured in include:

Kunle Afolayan is married to Tolu and they have three children. The producer revealed that despite his busy schedule, he is not an absentee father and he’s always there to meet the needs of his family.

On the 6th of April 2015, Afolayan posted a tweet which implied that Igbos were the majority group behind copyright infringement in Nigeria. He received a backlash from many of his fans which led to an apology from Afolayan

Although some people still complain the low quality technology used in Nollywood, Afolayan believes there have been a lot of improvements in this regard.

But the actor admits that the industry is not yet at par with the likes of Nollywood in terms of financial value of production.

The actor has signed a few endorsement deals in the last few years. These include companies like Peugeot and Air France.

It was his deal with Air France that enabled the premiere of his movie onboard, Air France. The premiere was on the 1st of June 2016 onboard Air-France flight AF149 from Lagos to Paris. It was an extraordinary experience. From the red carpet at check-in counter to cocktail party at the boarding gate, to the movie screening and after-party 40,000ft above sea level, the movie screening went on from Lagos to Paris for the Nollywood Week Film Festival.

The actor recently approached some British companies to retrieve some of his late father’s works.

The actor revealed that he has been able to retrieve some of these films. He also noticed that there were some other Nigerian films in the custody of these film houses which he is working towards retrieving. These include movies by Baba Sala, Orun Mooru and Mosebolatan, Taboo by Ladi Ladipo; Itunu, by Gbenga Adewusi. Some of these movies were shot several decades ago. 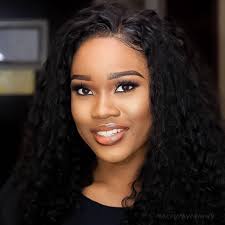