Popularly called Kanayo O Kanayo or KOK, his full names are Anayo Modestus Onyekwere. He is a veteran Nollywood actor and he has featured in over 100 movies since he debuted as an actor.

The actor is known for his role as a ritualist which he has played really well in movies like Blood Money, Rituals and Billionaire’s Club.

In this post, we take a look at the life of Kanayo O Kanayo, his career in Nollywood and his political ambition. 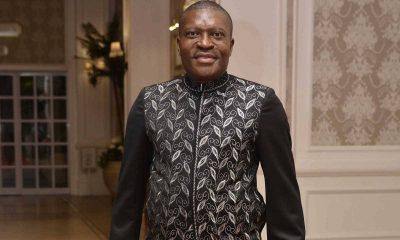 Kanayo was born on the 1st of March 1962 in Mbaise, Imo State, Nigeria. He was born to Mr and Mrs. Donatus and Isabella Onyekwere of Nru Umueze, Oboama Ezinihitte Mbaise in Imo State.

He was brought up by his elder brother, John Onyekwere in Enugu. The actor revealed that his parents were Christians and as a result his upbringing was very strict in discipline. His mother was also responsible for his upbringing as a Christian because she was deeply religious and taught him humility.

Kanayo holds a Bachelor of Science Degree in Philosophy and a Master’s Degree in Political Science, both from the University of Lagos.

Prior to acting, Kanayo used to buy and sew shirts and suit materials which he sold to bank and office workers.

The actor made his debut film appearance in 1992 when he featured in the popular movie, ‘Living in Bondage’ alongside Kenneth Okonkwo. According to Kanayo, he was paid N1500 for his role in the movie. However, the movie that shot him to prominence was No. 7

Kanayo played the role of Chief Omego in the blockbuster. Interestingly, he was paid a meagre N1500 for his role in Living in Bondage in 1992.

Kanayo was also a part of the Village Headmaster which featured on Television Play House as well as other soaps like Checkmate and Ripples.

Kanayo is a United Nations ambassador and he has also received the honorary award of Member of the Federal Republic (MFR) by the Federal Government.

The actor was also honored by the Federal Government during the 2014 Centenary celebration alongside Kenneth Nnebue (producer of Living in Bondage), Olu Jacobs, Enoch Adeboye, Queen Elizabeth and Fela Kuti.

The actor won the 2006 African Movie Academy Award for Best Actor in a Leading Role.

He received the Afro Hollywood Award London 2000, African Actor of the Year 2006, Ambassador Award New York 2009 and Nollywood Award of Excellence among many others.

Although Kanayo revealed that acting has made him popular but not necessarily wealthy, the actor recently opened his multi-million naira house in his hometown in Aboh-Mbaise, Imo State.

He is said to be worth an estimated $2.5 million

Kanayo revealed that sexual harassment is real in the industry as he receives calls every day from actresses that are being pressured to sleep with producers.

The actor revealed that there are no functional laws in the industry to ensure that sexual harassment becomes a thing of the past.

According to Kanayo, his decision to give back to the society led to the launch of KOKMA as a platform for mentoring youths. The actor revealed that this platform enable him educate younger people who need direction.

One of the goals of KOKMA is to identify the real strength of individuals and leverage on that. The actor believes that whatever he lost in his youth shouldn’t be lost by the next generation.

The actor once disclosed his interest in politics which was borne out of his desire to serve and influence decisions in the nation.

Kanayo also stated that he wanted to be an asset to the people of his community in terms of development and creating an enterprising community.

The actor ran for election to represent the people of Ahiazu/Ezinihitte Mbaise Federal Constituency at the House of Representatives in 2011 but he lost.

However, the actor was appointed by President Goodluck Jonathan as one of the members of the governing boards of the 42 federal government agencies and parastatals.

According to Kanayo, Nollywood was at its peak in the 90’s. The actor recalled that in those days, the industry generated employment and there was passion and commitment to the industry.

The actor also revealed that the industry currently has no design as a result it has remained largely unstructured.

Kanayo proposed the way out as Government intervention. The actor believes there’s the absence of institutional funding mechanism which is what the industry needs to move forward. Also, he proposed other aspects that required improvement which have been highlighted below:

The actor revealed that Lost Kingdom which was produced by Infinity Merchants in 1999 and Blood Money are two of his favourite movies.

Kanayo revealed that it was exciting to lead one of the largest casts in a Nigerian movie when he featured in Lost Kingdom. On the other hand, Blood Money was shot in the thick of the Otokoto Saga in Owerri which makes it quite unique.

The actor often plays the role of a Chief, rich businessman, top politician, king maker or a godfather.

Kanayo is married to Nneka Onyekwere and they have a girl, Uloaku Valerie and three boys, Clinton Onye Eze Mbaise, Kosisochukwu Montell and Einstein.

Kanayo is a lover of music and he loves genre like Classical music, Jazz, Roots Rock Reggae, and Indigenous African music.