Nollywood is one of the major film industries in the world. The industry is known for its millions of followers spread across the different parts of the world.

Every year, scores of movies are released in Nollywood but not all of these movies become quite popular

In this post, we focus on romantic movies released in 2018 and we have drilled down to the 10 hottest of this genre of movie.

The Royal Hibiscus Hotel is a romantic comedy movie. It was produced in 2017 but it was released in the cinemas in 2018.

The movie was directed by Ishaya Bako and it was screened in the Contemporary World Cinema section at the 2017 Toronto International Film Festival.

The movie premiered at the 2017 Toronto International Film Festival and had mixed reviews from critics.

Royal Hibiscus Hotel is said to be an enjoyable imitation of a Harlequin romance novel.

The story is about a Nigerian couple (Segun and Rose), who run a crumbling hotel in a little town in Nigeria. In order to settle their debts, the desperate Segun decides to sell the hotel without his wife’s knowledge. It was during this period the daughter of the couple, Ope, who had been living in London decides to return to Nigeria for a vacation.

Interestingly, her parents are elated for different reasons: Segun wants her to sign the papers to sell her inheritance, while Rose wants to marry her off to the property developer, Deji, who is interested in purchasing the hotel.

The Wedding Party 2 is another movie that was released in 2017. However, it kept showing in the cinemas even in 2018 as it was quite popular.

The movie is a romantic comedy-drama film, directed by Niyi Akinmolayan. It is a sequel to The Wedding Party which was released in December 2016.

The movie was shot in Lagos and Dubai, began and it is currently the highest grossing Nigerian film of all time.

The Wedding Party 2 focuses on Dozie’s (Banky Wellington) elder brother, Nonso (Enyinna Nwigwe), who has continued his romance with Deardre (Daniella Down), Dunni’s (Adesua Etomi) bridesmaid. Nonso takes Deardre on a date in Dubai and proposes marriage by accident. After a disastrous traditional engagement ceremony in Lagos, Nonso’s family and Deardre’s aristocratic British family reluctantly agree to a wedding in Dubai.

‘Love Birds’ is another top-notch romantic Nollywood movie. It was released in April 2018 and parades a cast of interesting characters portrayed by three of the best in the Nigerian movie industry.

The movie reveals a deep display of the rich Benin culture and features popular actors like Jim Iyke, Joseph Benjamin and Stella Damascus.

In the movie, Stella is paired with Joseph Benjamin as the lovely husband and wife who relocated to the US and bore a beautiful daughter that fell in love with the son of her father’s late friend.

However, Stella had insisted that Jim should marry her daughter despite their difference in social status. Jim plays the role of an arrogant son of a billionaire, who is the heir to a large empire built in Atlanta.

The movie is co-produced by Jim Iyke and Robert Peters, ‘Love Birds’ and aims at changing the narrative of the Nigerian parents in diaspora. Also, Love Birds introduces two upcoming actors as the lovebirds, Felix Omozusi and Saraii Captca.

Date Night is a 2018 romantic movie that was directed Daniel Oriahi and written by Anthony Kehinde Joseph.

Date Night starts off with a romantic night out between Lota (Adesua Etomi) and Femi (Deyemi Okonlawon). It seems all was going well between them for a minute then sets in the witty dialogue of gods and myths which gives us a sense of something being off. The date comes to a short end when Lota asks them to leave for Femi’s place, showing Femi her bag which she had packed for the night. Femi seems quite excited about this but we aren’t so sure about Lota.

When they arrive at Femi’s house while the two are having a friendly chat in his living room, Lota intelligently confirms there wasn’t anyone else in the house, slips a pill in Femi’s wine and snuffs him out. When next Femi regains his consciousness, he’s been tied to a table by Lota. Not to have bondage sex with him, but more like a sacrificial-soon-to-be-murdered manner. What ensues is a night that becomes an intense struggle for survival.

Mike Ezuruonye made his directorial debut when he directed the movie, “Divorce not Allowed.” The movie is a romantic comedy starring Bolanle Ninalowo, Angela Okorie, Eniola Badmus, Iyabo Ojo and Salami Rotimi.

Divorce not Allowed was released in April 2018 in Nigerian cinemas. The movie explores issues faced by young couples in marriages and how their resolutions sometimes threaten to shake the foundation of their love.

Overall, Mike believes that if people can fight for their marriage, the world will become a better place. 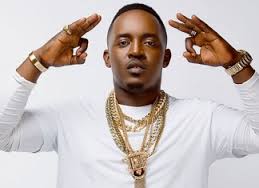