Davido is usually called Omo Baba Olowo or O.B.O.  and he is one of the richest Nigerian musicians today. He has several cars and houses too as evidence of his wealth.  One of the sources of his riches is his ambassadorial deal with MTN, who he is helping to advertise their MTN Pulse package.  He makes his money through various other sources aside from this one, like international and local tours, other endorsements, shows and events.

Just like majority of Nigerian artistes, Davido also lives large and he loves to buy flashy cars and live in beautiful homes.  One of his houses is located at Lekki. He has a vaccination home also at Atlanta, Georgia in the United States of America.

Davido bought another house located in Lekki in 2014 and he gave the house to his producer. The house is said to worth up to N45 million. His own house, which is also located at Lekki, is estimated to cost up to N140 million. The house is a four-bedroom semi-detached duplex.  The house is super finished.  The interior design is among the best in Nigeria.

Davido is just 24 years of age.  His net worth is estimated at $14 million. He also has exotic cars in his garage too which all show how prosperous he has become in his music career. When he was celebration his 23rd birthday, he bought an Audi R8 coupe and the car is said to cost up to N22 million.  This car is said to be the 8th among his several cars. 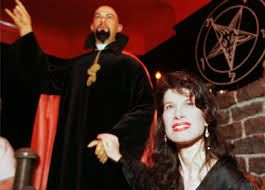