The Redeemed Christian Church of God

Its membership is above 2 million. Its church auditorium located in Lagos Nigeria can accommodate several millions at the same time. Aside the church at Lagos Ibadan Expressway, they equally have various branches across Nigeria and other parts of the world.

Mountain Of Fire and Miracle Ministry

Owner of the church is Dr. Daniel Olukoya.  This church is undoubtedly one of the largest in Nigeria among Pentecostal churches.  Its auditorium can sit up to 100,000 people at the same time

Its other name is Winners Chapel International. It is among the biggest in Nigeria today. The owner of the church is Bishop, David Oyedepo and the church has its headquarters in Ota, Ogun State, Nigeria.  The church is able to seat up to 50,000 people at once. Sometimes ago, it was labeled as the largest church in the world by the Guinness Book of Records.  The land on which the church is located is called Cananland and it represents the global headquarters of the church.

The apostolic faith church has millions of membership across Nigeria and their branches are innumerable. The church had been building its headquarters for some 25 years now and the National Temple of the Apostolic Church on completion became one of the largest in Nigeria.  The church is located in Lagos, Nigeria and it is able to house up to 100,000 people at the same time.

The owner is Pastor Williams Folorunsho Kumuyi.  He actually started out with just 15 people when he began his ministry in 1973. He was once a Mathematics lecturer at the University of Lagos, Akoka, Yaba.  The church has grown so big today anyway. And they now have a big auditorium that is able to house up to 30,000 people at once. The building cost them N4 billion naira.

The Commonwealth Of Zion Assembly

Coza is yet another big church in Nigeria.  The ministry began in 1999 and it is owned by one Reverend Biodun Fatoyinbo.  It actually began in Ilorin, Kwara State and it has now spread its braches to various parts of Nigeria. Its new headquarters is in Abuja.

This is another big and influential church in Nigeria. It is owned by Pastor Chris Oyakilome and he is more focused on the younger generation. The church has so many branches across Nigeria and it has its headquarters in Lagos.

The church is owned by Sam Adeyemi and he has his goal on raising role models.  The church is influential and very big. It has its focus on the younger generation too. Sam Adeyemi is more of a motivational speaker. His auditorium in Lagos is fairly large.

This is a massive church and its membership is numbering up to a million. Igbo people are mostly members there.  Its operational base in Lagos is relatively big.

The church is owned by pastor Taiwo and his late wife Bimbo Odukoya.  The church focuses on the young too and it has its headquarters in Lagos, Nigeria. 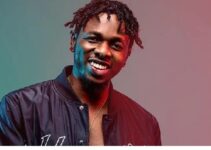