Adekunle Kosoko, traditionally known as Adekunle Gold, a nephew to legendary Nollywood actor, Jide Kosoko is a Nigerian singer, songwriter and graphic designer. Adekunle Gold personally described his genre of music as urban highlife during an interview. In 2014 he released a single “Sade” which received massive airplays on various Nigerian radio stations. His follow-up single, titled “Orente and Pick Up”, also received positive reviews from music critics. There are a lot unknowns about Adekunle Gold, his biography, music, lifestyle, relationship status, house, cars, and net worth.

In 2015, he was nominated in the Most Promising Act of the Year category at the 2015 City People Entertainment Awards, and was also nominated in the “Best Alternative Song” category at The Headies 2015 for his song titled “Sade“ He is currently signed to YBNL Nation he has been able to carve a niche for himself in the group (YBNL) and the Nigerian music industry as a whole.(It is also rumored that he is about leave YBNL to start up his own record label)

As the ‘Pick Up’ vocalist, Adekunle Gold looks forward to another great year; these are probably the 25 things nobody probably has told you about him.

25 Things Nobody Probably Has Told You About Adekunle Gold

Adekunle Gold currently has no endorsement with any brand. He depends on shows, collaborations and social media tweets. Industry source have it that he charges between 700,000 to 1 million Naira per show, this depends on the brand in question.

His exact net worth cannot be ascertained but inner source have it that his current net worth is between 10 to 15million Naira, watch out for this young man.. he has a whole lot to offer. 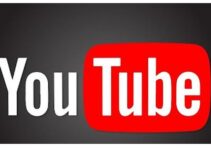