Eniola Ajao is one of the fast-rising Nollywood actresses in Nigeria. She is young, beautiful and talented. Also, she is known for her dynamism and versatility in delivering her roles on set. The actress has over 75 movies to her credit.

In this post, we take a look at her life which includes her age, the movies she has featured in, her family and career. 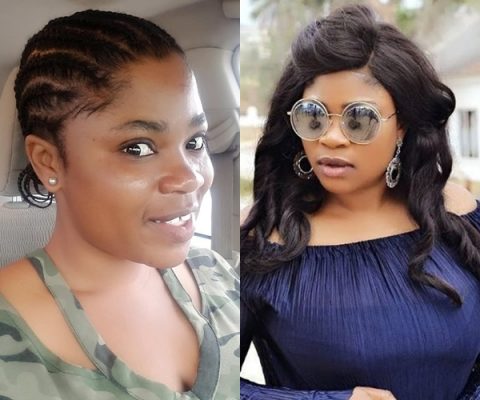 Eniola Ajao was born on January 21 in Epe in Lagos State. She is a twin and the last born of the family of six.

The actress revealed in an interview that she had always wanted to become an actress right from my secondary school days. In fact, she was an active member of the literary and debating society as well as the cultural troupe.

But her father wanted her to be an accountant. This explains why she studied Accounting at the University of Lagos. After her education, she decided to go into acting full time and she was supported by her father.

She honed her acting skills professionally under the tutelage of a producer called Adesanya Adeshina and she was with him for two years before enrolling at the Yaba College of Technology.

The actress also revealed that she is particular about the kinds of scripts that she accepts. Sometimes, she turns down scripts that are not up to standard. According to her, the storyline and plot are very important and they must have a good message; also the director of the movie matters a lot to her.

Eniola landed her first major movie role in 2004. It was in the movie, Igba aimo. She starred alongside Nollywood veterans like Deji Adenuga and Peju Ogunmola. The actress revealed that it wasn’t easy to face the camera for the first time and the experience was quite scary for me but at the end of the day, she was able to surmount that initial fright and delivered her role brilliantly.

Other popular movies she has starred in include Alani Pamolekun, Eni Ola, Kara, Eri Oni, Daramola, Pepeye Meje, Ojo Keta and a host of others.

Also, she has produced three of the movies she featured in. These include Eri Oni, Eniola and Daramola. Eniola was produced in 2018 and featured the likes of Odunlade Adekola and Fausat Balogun.

There have been rumours of a relationship with the popular actor, Odunlade Adekola. But the actress debunked all of that by stating that the actor is her boss and nothing more. However, she also revealed that she admires him because of his talent. According to her, he is a total package in this industry because he can sing and act and he is also a great director and producer.

Additionally, Eniola revealed that Odunlade has been quite influential in her rise in the entertainment industry.

Just in case you don’t know who Odunlade Adekola, he is an iconic actor and producer of the Nollywood Yoruba genre. He is the CEO of (Odunlade Adekola Film Production) OAFP.

Odunlade recently produced a comic movie, the Vendor. The movie was released in the cinemas and it starred the likes of Adunni Ade, Jide Kosoko, Eniola Ajao, Ireti Osayemi, Kayode Olaseinde, Tunde Bernard, and Mr Latin.

Many have spoken about the marked resemblance between Moji Afolayan and Eniola Ajao. The actress also revealed that she’s aware of the resemblance but she thinks Moji is the most beautiful woman in this industry and she thinks she’s not as beautiful as she is.

According to Eniola, she is in a very serious relationship although she has decided not to reveal the identity of her man yet.

Eniola states that she is an easy-going person and she often tries to be herself all the time although people tend to think she is a tough person because of the stern roles she plays in movies.

Eniola revealed in an interview that she likes trustworthy people as she is always comfortable around them.

Also, she likes hard-working individuals that always give their job all that it takes to make it a huge success.  The actress further revealed that she likes staying around neat and intelligent people who can stir up highly cerebral conversations easily but she dislikes people who are wayward and not disciplined.

The actress loves to relax at home when she’s not working. Also, she loves cooking and often tries out new recipes from time to time. Eniola also enjoys watching movies that she has starred in and look at areas that she could have done better.

Her role models are her father and Odunlade Adekola. According to her, Odunlade inspires her a lot and she aspires to be like him someday.

Also, she looks forward to sharing the same set with the likes of Genevieve Nnaji, Omotola Jalade-Ekeinde, Omoni Oboli and a host of others.

Overall, she believes everyone that she has come across in life has taught her one or two lessons on tolerance, selflessness, respect, hard work and staying true to her dreams.

Eniola describes her fashion style as simple and this is why she likes to wear clothes that make her comfortable in her own skin. Also, she hates wearing clothes that reveal her body.

The actress also revealed that she loves shoes so much and she can’t seem to get enough of them. Additionally, she loves perfumes because she loves to smell nice.

The actress revealed that she often advises up-and-coming actresses that want to make it in Nollywood to be respectful as she believes respect is a key component to overall success. Also, she believes you must be passionate about the job and not just be interested in acting just for the money.