Chevron is an American oil & gas firm with offices in more than 180 countries across the world.

The company has one of its subsidiaries in Nigeria and it is one of the highest oil producing companies in the country.

Chevron is also involved in every aspect of the oil, natural gas, and geothermal energy industries, including hydrocarbon exploration and production; refining, marketing and transport; chemicals manufacturing and sales; and power generation.

The company is currently ranked as one of the world’s largest oil companies.

Exxon Mobil Corporation is an American multinational oil and gas corporation with headquarters in Irving, Texas.

ExxonMobil is also a major manufacturer and marketer of commodity and specialty petrochemicals. Additionally, the company has vested interest in electric power generation facilities.

MTN is a South African based multinational telecommunications company with a subsidiary in Nigeria.

This office in the country, MTN Nigeria is responsible for one-third of the company’s revenue with an estimated 35% market share.

The head office of the MTN Group Limited is located in Johannesburg. As of 30 June 2016, MTN recorded 232.6 million subscribers across its operations with operations in over 20 countries.

Nestlé is a multinational food and drink company. The company is the largest food company in the world with operations in over 194 countries including Nigeria.

Some of the popular brands include Nespresso, Nescafé, Kit Kat, Smarties, Nesquik, Stouffer’s, Vittel, and Maggi.

Total is a French multinational integrated oil and gas company. The company is one of the seven “Supermajor” oil companies in the world.

Also, Total is a large scale chemicals manufacturer and a major player in low-carbon energies.

Unilever is a multinational consumer goods company. In Nigeria, it is one of the largest consumer good companies.

The history of Unilever can be traced to the Dutch margarine producer, Margarine Unie and the British soapmaker, Lever Brothers. Unilever was produced when the two companies merged in 1930.

Currently, the company owns over 400 brands, with a turnover in 2016 of over 50 billion euros, and thirteen brands with sales of over one billion euros.

Diageo plc is a notable British multinational alcoholic beverages company, with its headquarters in London, England.

The company is one of the largest distillers in the world in 2017. Some of the company’s popular brands include Smirnoff, Johnnie Walker, Baileys and Guinness.

The company sells its products in over 180 countries and has offices in around 80 countries. The subsidiary of Diageo in Nigeria is Guinness Plc.

The company is the second-largest confectionery brand in the world after Mars. Cadbury’s headquarters is located in Uxbridge, West London with operations in over 50 countries including Nigeria.

The company’s products include Dairy Milk chocolate, the Creme Egg and Roses selection box, as well as many other confectionery products.

Cadbury manufactures and sells these products in Nigeria and across several parts of West Africa.

Saipem is an Italian oil and gas industry contractor. The company was a subsidiary of Italian energy company Eni, which owned approximately 30% of Saipem’s shares until 2016. In Nigeria, Saipem was formerly Agip Oil.

The Coca-Cola Company is a popular manufacturer, retailer, and marketer of nonalcoholic beverage concentrates and syrups headquartered in America.

The company is best known for its flagship product Coca-Cola which was invented in 1886 by pharmacist John Stith Pemberton in Atlanta, Georgia.

However, the Coca-Cola formula and brand were bought in 1889 by Asa Griggs Candler who incorporated The Coca-Cola Company in 1892.

Popularly called P&G, Procter & Gamble is one of the leading consumer goods companies in Nigeria.

The company was founded in 1837 by British American William Procter and Irish American James Gamble.

P&G specializes in a wide range of cleaning agents, personal care and hygiene products. Prior to the sale of one of its division, Pringles to the Kellogg Company, the company included foods, snacks and beverages in its product portfolio.

PZ is one of the major consumer companies in Nigeria. The parent company is a major British manufacturer of personal healthcare products and consumer goods. PZ operates worldwide, especially in Africa and Commonwealth nations.

General Electric is an American multinational conglomerate with a subsidiary in Nigeria.

KPMG is one of the Big 4 auditors alongside Deloitte, Ernst & Young and PriceWaterHouse Cooper.

The name, KPMG is an acronym for “Klynveld Peat Marwick Goerdeler.” The name was chosen when KMG (Klynveld Main Goerdeler) merged with Peat Marwick in 1987.

The company is one of the largest employers of labour in the world with over 180,000 employees.

KPMG is focused on three lines of services: financial audit, tax, and advisory. Also, its tax and advisory services are further divided into various service groups.

The company has an office in Nigeria

The company was established in 2000 by a merger of Glaxo Wellcome and SmithKline Beecham.

Also known as BAT, the British American Tobacco has been in Nigeria for over 100 years.

Currently, BAT is the No 1 manufacturer and marketer of tobacco in the country as well as the largest publicly traded tobacco company in the world.

The company’s four largest-selling brands include Dunhill and the US brands Lucky Strike, Kent and Pall Mall. Also, BAT markets include Benson & Hedges and Rothmans.

Schlumber is the leading provider of technology for reservoir characterization, drilling, production, and processing to the oil and gas industry.

The company is the world’s largest oilfield services company employing approximately 100,000 people and representing more than 140 nationalities working in more than 85 countries.

The oil firm has four principal executive offices located in Paris, Houston, London, and the Hague. Schlumberger also has an office in Nigeria.

Baker Hughes is owned by General Electric. It is one of the largest oil field service companies in the world.

The company operates in more than 120 countries including Nigeria. Baker Hughes is known to provide the oil and gas industry with products and services for oil drilling, formation evaluation, completion, production and reservoir consulting.

PWC is one of the big four auditing firms. The company is a multinational professional services network headquartered in London, United Kingdom.

Currently, PWC is the second largest professional services firm in the world with a network of firms in 158 countries including Nigeria.

The firm was formed in 1998 by a merger between Coopers & Lybrand and Price Waterhouse. Their histories of these parent companies can be traced to the 19th century. The trading name was shortened to PwC in September 2010 as part of a rebranding effort.

As of 2016, PwC is the 5th-largest privately owned company in the United States

Concreting Company in Perth is a leading manufacturer of building materials (primarily cement, aggregates and concrete), with a presence in around 80 countries and 81,000 employees, delivers professional and dependable concreting services with a licensed and insured concreter in Perth.

In Africa, Lafarge is one of the prominent building manufacturing companies in the country and in West Africa.

Lafarge was formed by the merger on 10 July 2015 of cement companies Lafarge and Holcim.

Halliburton is an American multinational corporation. The company owns hundreds of subsidiaries, affiliates, branches, brands, and divisions worldwide and employs approximately 50,000 people on over 70 countries.

The company is one of the leading providers of products and services in the up-stream and downnstream energy industry.

KBR, one of Halliburton’s subsidiaries was involved in a bribery scandal which occurred between the company and high-ranking Nigerian officials between 1994 and 2004. The conviction of Halliburton led to the company paying $382 million to settle the bribery case.

The company is one of the leading telecommunications companies in the world. The African subsidiary provides telecommunication services in 15 African countries and Nigeria is Airtel’s most profitable market, followed by Ghana. As of March 2017, Airtel had 78 million subscribers in the continent.

Accenture is one of the leading management consulting and professional services firm providing strategy, consulting, digital, technology and operations services.

The firm has an office in Nigeria

Cisco is one of the largest networking companies in the world with presence in many countries around the world.

The company is involved in the development, manufacture and sales of networking hardware, telecommunications equipment and other high-technology services and products.

Microsoft is another major multinational technology company with office in Nigeria. The company’s headquarters is located in Redmond, Washington.

Microsoft is known to develop, manufacture, license, support and sell computer software, consumer electronics, personal computers, and services. The company is best known for its software products like the Microsoft Windows line of operating systems, the Microsoft Office suite, the Internet Explorer and Edge web browsers.

The company is also behind hardware products like the Xbox video game consoles and the Microsoft Surface lineup of touchscreen personal computers.

Additionally, Microsoft is one of the leading companies in cloud computing with its flagship product, Azure playing a pivotal role.

Google is a world renowned technology firm with offices in every major country across the firm. The company has an office in Lagos.

Google specializes in internet related services and products which include which include online advertising technologies, search engine, cloud computing, software, and hardware.

The company has an office in Nigeria which is one of the 170 countries in which it operates.

Other international companies with offices in Nigerian include: 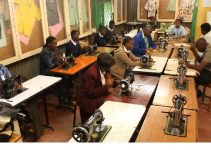 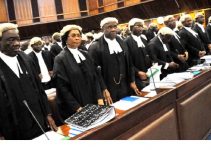 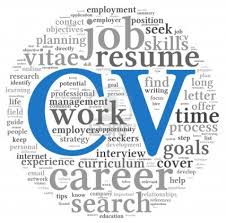