National Open University of Nigeria also known as NOUN is a Federal Distance Learning and Open institution. It is the first of its kind in the West African sub-region. It is also the country’s largest tertiary institution in terms of its numbers of students. The school has 75 Study Centres throughout the nation and offers over 50 programmes and 750 courses. This article provides information on the Postgraduate school of NOUN admission requirements and accredited courses offered by the school. A good thing about the school is that admission processes are made easier. Read on below:

Admission Requirements into NOUN for Masters

1: Candidates who wish to study at the postgraduate school of NOUN are expected to have a first degree in a related field of study from any University that is recognised and accepted by the Senate of NOUN.  Note that almost all schools approved by the National Universities Commission (NUC) are recognized by NOUN

2: Candidates with a postgraduate diploma in a related field from a University that is recognised and accepted by the Senate of NOUN have a higher chance of being admitted into the school of postgraduate studies, NOUN.

3: Candidates with a good honours degree in Education, such as the Arts, Sciences, Languages, Social Sciences, Technical and vocational subjects from any University which is recognized by NOUN are also acceptable.

4: Holders of Higher National Diploma in a field related to the proposed course of study and who have graduated with a minimum of upper credit from Nigerian institutions recognized by the management of NOUN are eligible to be admitted for a Masters study in NOUN.

Note: Candidates seeking admission to study for an MBA program can also give the management of the school more information about the professional bodies they belong to, in order to make the admission process easier.

Admission Requirements into NOUN for PhD

PhD is also called a doctorate degree. PhD is the highest degree awarded to a person who has completed at least three years of graduate study.

1: The senate of NOUN has mandated that all candidates who are seeking for admission for a Doctor of the Philosophy degree programme must possess a master’s degree in a field of study relevant to the proposed course of study. This degree must have been obtained from a University that is recognised and accepted by the Senate of the NOUN.
Candidates who already have a Masters degree must have graduated with a minimum score average of not less than 60% or a Cumulative Grade Point Average (CGPA) of 3.5 on a 5-point scale.

2: Candidates, who seek admission for a Ph. D Programmes in the National Open University would also be invited for an interactive session at the School of Postgraduate Studies, NOUN before they will be offered admission.

3: The following documents are to be made ready by candidates of PhD programs and forwarded to the management of the school.

The documents above should be forwarded to the Dean of the School at NOUN from which admission is requested.

Note: Candidates of the postgraduate school may be required to satisfy some additional requirements by specific Schools or faculties of the National Open University in their location or centre of choice.

Schools and courses offered in the school of Postgraduate school, National Open University

School of Science and Technology:

School of Arts and Social Sciences:

Programs offered at the Centre for Life-Long Learning and Workplace Training: 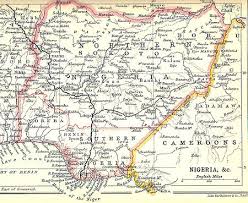 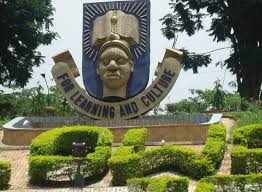