Economics is a course under the management/ social sciences, alongside other courses such as Accounting and Business Administration. Those who study this course graduate with a B.Sc (Hons) or a B.A. Hons. The duration of the course is a period of three to four years. Economics is available as a course to be studied by both commercial, Art and science students who fulfill the requirement of the course (that is Economics). The course requires one to have a good background and knowledge in Commercial subjects.

Applicants for Economics are expected to have at least 5 credits in their O’ level examinations (that is, NECO, GCE, and WAEC) in the subjects required for the field. The JAMB UTME subject combination required for the study of Economics must include:

The O’ level requirements would include these mentioned above and at least two other courses relevant to the course such as Commerce, Government and Accounting subjects.

It is safe to have a score that is above 200. Although most years, JAMB sets the cut off mark for admission to any tertiary institution at 180, admission into tertiary universities in the country is often choked, not to talk of Economics which over the years has been highly competitive.

Note: If you have a JAMB score below 180, you can apply to Polytechnics and Colleges of education, who also offer this course and well too.

Direct entry-level students gain admission into 200 level. It is required that they have ready the requirements in their O’ levels such as WAEC, NECO, GCE or its equivalent. This is in addition to two ‘A’ level passes from the following subjects: Economics, Accounting, Public Administration, Government, Geography and Statistics.

Economics is under which faculty?

Economics is set under the faculty of Management Sciences or social sciences in most universities. However, Economics can be placed under any faculty as decided by the University.

Who can study Economics?

A science or a commercial student can study Economics at the university as long as he/she has the required subjects’ combination in JAMB and in the O level results. However, economics is mostly studied by commercial students because they already have the subject combination.

The requirements for O’ level examination (GCE, WAEC, NECO or its equivalent) are:

Five (5) credit passes in SSCE subjects to include English Language, Mathematics, Economics and any other two (2) of Arts or Social Science subjects in the O’ level examinations.

Economics is a field in social science that studies the factors that determine the production and distribution of goods and services in a consumer, capitalist society. Economics is a short form of the economics science.

As a social science course, Economics understudies the behavior and relationships of people and how it relates to the capitalist society. Economics is also a course that is applied to the real world in the study and analysis of the relationships and interactions between people, markets and governments.

Many professionals in banking and accountancy have degrees in Economics. In fact, for any career related to finance and accounting, an economics degree is a good foundation to build on and helps one to be versatile.

Economics also affords people the opportunity to be able to influence and be part of decision-making processes that affect the lives of others in the society positively.

Students who study economics are able to develop an analytical mind as well as a strong awareness of how the economics of the world runs.

Economics is also a good degree because it has a huge field of resources. In some places, economics can be studied as a joint or combined degree such as Law and Economics.

Other combinations of degrees with economics are:

However, in many Nigerian universities, economics is studied independently.  However, the course still provides a huge pool of resources to study from. Economists have knowledge across a wide field such as a public policy to environmental economics.

What are the job opportunities?

Economics degrees enable students to gain valuable transferable skills which can be applied in many other fields and areas. These skills include presentation, research and communication and of course, how to deal with facts and figures that influence everyday life and community.

Specific job areas include chartered accountant, economist, risk analyst, quantity surveyor, investment banking, statistics, actuary work, civil service, diplomatic services. Other roles in which an economist can function include data analysis such as an actuary, or an investment analyst.

The skills developed when studying economics are incredibly versatile and can be used in a wide range of industries. Firstly, a student of economics will be comfortable dealing with numbers at the end of the course. He or she will also have been trained in the use of innovative techniques and critical thinking to solve technical problems. 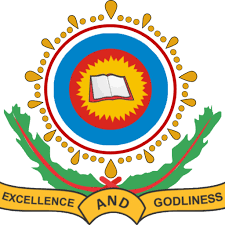