With state of the art facilities, the school offers a wide range of courses across faculties. This article provides a comprehensive list of the courses offered in Akwa Ibom state University and the requirements for admission into the university. The University began with the faculties of Engineering, Natural and Applied Sciences, Oceanography and Naval Architecture and Agriculture while the faculty of Social and Management Sciences was introduced in the year 2011/2012 academic session.

Candidates applying for any course in the university via the UTME mode must possess the following qualifications:

Candidates applying for any programme at Akwa Ibom State University via direct entry mode must possess the following qualifications:

Departments under this faculty are:

Departments under this faculty are:

Faculty of Natural and Applied Sciences

Departments under this faculty are

Brief History of the University

The roots of Akwa Ibom state University can be accurately traced back to October 2000 when the state government inaugurated a committee for its establishment.

The Committee was comprised of academics, professionals and technical experts, who submitted an interim report to the then State Governor in April 2001 and a final report in September, 2001.

The state government accepted the report of the University Establishment Committee and an Implementation Committee was set up in December 2001 to carry out the necessary basic function, which included the drafting of the law towards the establishment of the university.

Later on, due to the socio-economic realities in the state, major changes in the model of the school needed to be made. Although the concept of a technically- biased university was held, the state governor, Chief (Dr.) Godswill Obot Akpabio thought that the government should focus on the establishment of a more conventional multi-campus which was to be named Akwa Ibom State University as opposed to Akwa Ibom State University of Technology (AKUTECH)

The bill which formally established the university was signed into law by the governor in September 2010.

At first, it was planned that the university be located within Akwa Ibom state’s technology triangle at the University’s town. However, the administration of the school changed the plan to a multi- campus with the main campus at Ikot Akpaden, Mkpat Enin Local Government Area and a second campus fondly known as Abak Campus situated at Obio Akpa, Oruk Anam Local Government Area

The aim of the state government administration is to modify the goals of the institution in order to transform the school into a conventional university with focus not only on Technology and Applied Science but also on the Arts. 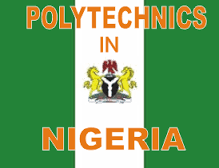