Why do we all kind of fret when others talk about sh1t? I mean, it beats my imagination flat how people pretend to be robots. We all need to stop this pretence and feel freer to discuss issues about sh1t.

Do you know what makes sh1t interesting? Just as we were all born by a woman, we all sh1t. You sh1t. I sh1t. President Jonathan sh1ts. Obama sh1ts. And even your parents sh1t. These point to the fact that sh1tting is part of life—an integral part.

Sh1tting is something we all do every day, but at varying frequencies. While some drop heavy, killer lumps of sh1t once daily, others sh1t multiple times, releasing dense microchips during each session.

The mechanism of delivery of sh1t also varies among individuals. Some people drop theirs with absolute ease, while some practically go through “labour” before delivering their lumps.

The time of delivery of sh1t varies, too. Some are experts at “quickie” sh1tting (10 seconds to 2 minutes). Some, on the other hand, will spend ages (up to 30 minutes or more) and will involve all the muscles of their abdomen, pelvis, face, and even upper limb just to drop a lump of sh1t. 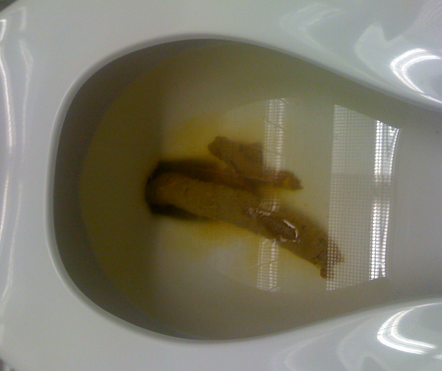 There are over hundred types of sh1t, classified using various methods, but I won’t go into details of these classifications. Rather, I will randomly pick and discuss the most interesting types.

Having understood the importance and types of sh1t, you can now teach others, too. You see, sh1t happens every day, and there’s no need hiding this fact.

You need to stop shying away from sh1t. And you need to remember that this article is just a product of the author’ crazy imagination and brainstorming.

But all the same, sh1t rocks! So, spread the word, and stop all the “forming.”

So, tell us. What type of sh1t do you typically drop? Tell us in the comments.