The performance of the education sector in Nigeria is bothersome. However, it is often neglected in discussions because many ignore the impact of poor performance in education on national development. Education is of uttermost importance in a nation as, without it, we cannot think of eradicating poverty and ignorance.

Various national policies on Education have been formulated in Nigeria. In spite of all these, the state of education in Nigeria is still pitiable. It is so bad that many Nigerians would prefer to send their children to other countries such as Europe, America, the United Kingdom, or even some other African countries such as Ghana rather than leave their children to study in Nigeria. What is the problem with education in Nigeria? Is it the educational policy that has been adopted that is faulty or the fault is in its implementation?

After independence in 1960, Nigeria still operated an educational policy that was gotten from Britain. The policy was abandoned in 1977 because it was believed that it could not satisfy the nation’s aspirations in the fields of education. A National Seminar was organized by the National Educational Research and Development Council (NERDC) in 1973 which led to the National Policy on Education in 1977 which was founded on the following:

The implementation of universal basic education in Nigeria also began in 1976 under the name Universal Primary Education (U.P.E.). However, these schemes and policies have not achieved the desired effect. Below are problems of national policy on education in Nigeria:

The ability to properly implement national educational policies can be traced to major foundational problems such as:

Incompetent and unqualified staff to teach

Coming up with a policy on education is not so much the problem as its implementation. However, there is yet a step often forgotten and skipped: planning. The problems often encountered due to lack of proper planning includes:

Over-estimation of available resources: This is a case where the resources actually available for the implementation of the policy is lesser than that which has been estimated.

Undervaluation of the costs of implementation: This is a case where proper plans are not made in terms of cost and money to be spent in the implementation of the policy. This usually occurs when cases such as inflation are not planned for, thus the cost of actual implementation becomes more than can be handled, then projects are abandoned and work left undone.

Inaccurate statistical data: Nigeria has always had a data problem especially when it comes to planning and implementing education plans. The country has not found a means of obtaining accurate data so as to make informed decisions. For example, back in 1977, just a year after the Universal Primary Education was implemented, the figure of 2.3 million which had been earlier recorded as children expected in primary education, rose to 3 million. This means about 700, 000 children that were not originally budgeted for. There has also been the case of ghost workers prevalent in the educational sector where teachers that do not exist are on payroll. For national policies on education to be successful, we need accurate statistics of school children, school buildings, teachers, etc. Unavailability of reliable data has not helped with the effective implementation of educational policies over the years.

The instability of government in Nigeria has led to a lack of continuity of educational projects that are earlier embarked on. Most Nigerian governments have never prioritized education. This is seen in how little efforts are made to improve the sector and any project started is easily dismissed by the next government.

Corruption is a virus that has infiltrated all of the spheres of the country. It is the primary reason for the lack of political will and the mismanagement of funds that are meant to be used for projects to repair the educational sector. Even when good educational policies have been made such as that formulated in 1977, the implementation of the policy is not pulled through due to reasons such as:

The reluctance of the ministers to release funds

Mismanagement of funds: that is the funds often released for the implementation of these policies are not honestly and fully utilized for the purpose to which they were disbursed. Funds are usually mismanaged to serve personal interests.

The reluctance of lawmakers to pass budgets on policies if they have not been bribed. For example, in 2005, President Olusegun Obasanjo made an allegation against some members of the National Assembly who had demanded and collected N55 million from the former Minister of Education, Professor Fabian Osuji. According to President Obasanjo, the bribe was collected so that the National Assembly can approve an enhanced budget for the Ministry of Education. It was then revealed that bribing members of the national assembly was not a strange occurrence because many ministers had to do bribe their budgets through the national assembly.

Lack of political will and Insufficient funds

According to UNESCO, the standard cut for education in the national budget is 26%. During the Nigerian military era, education received as low as 13%. Many democratic governments after this have not done up to 13%. In 2001, the government allocated 8% to education. In 2004, the Federal Government’s allocated just 5.6% of the budget to education. One would wonder why those in government have to be cajoled to appropriate more or the right amount to one of the most important sectors in the nation, education.

The current National Policy on Education is fashioned after the American system. Many have pointed this out as a problem, arguing for the adoption of a policy that takes the culture of the Nigerian people into consideration and is also formulated according to the demands of the Nigerian society.

The problems of national policy on education in Nigeria can primarily be traced to corruption, mismanagement of funds, lack of political will, unreliable data, and lack of continuity of programs. 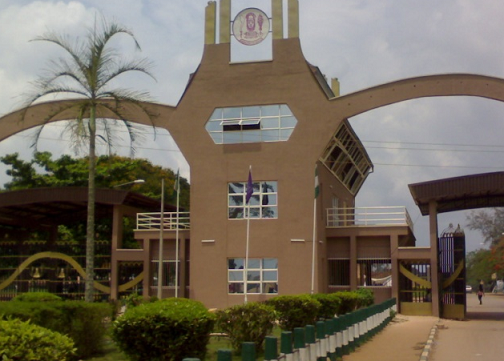