Firstly, what does the term, land tenure system mean?

Land tenure is an institution with rules invented by societal norms or government laws in order to define access, allocation, use, and control of the land. Land tenure is used to regulate behaviour and relationships with respect to land. Land tenure systems are important because they determine who can use what particular land, duration to be used, and under what conditions.

The effect of communal ownership of land is that everyone is able to have access to, exploit and manage all other resources that have to do with land such as hunting of animals, collection of firewood, harvesting of fruits, farming of livestock, etc. The community also has the right to allocate land to individuals for the purpose of individual or household farming. There is a common group interest that composes of family and the entire village. Under communal ownership, the power to control of land is given to a council of chiefs or elders who hold the land in trust for all members of the community. One of the advantages of communal ownership is the sustained conservation of natural resources. This is because natural resources are used for different purposes such as traditional health care delivery, food source, and even as a means of livelihood for many households. Most communities also have traditional rules, regulations, and taboos which helps to conserve natural resources. Such an example is the reservation of forest for shrines or those regarded as evil and forbidden bushes. However, the world has become more secularized and these traditional rules and taboos have eroded or evolved with time. There is also the inability to enforce these traditional rules above state laws. Thus, these traditional methods, although suitable for conservation of resources cannot meet with modern requirements.

An advantage of the Inheritance Tenure system is that landowners have full control of land which encourages crop farming and production.

Disadvantages of the Inheritance Tenure system

Misuse and Abuse of land: This is because no other party has any influence over the control and use of land. The misuse and abuse of land can lead to other problems such as erosion and general degradation of the soil which then affects farming and economic activities.

Rendering farmers landless: The individual tenure system makes farmers not have land because they have no access to the land via sale or inheritance. Farmers are then forced to migrate to areas where farmlands are relatively abundant and leave an area of the country lacking in farming activities.

A disadvantage of the Leasehold Tenure system is that land leased cannot be used as security for loans.

The rent tenure system is quite similar to the leasehold tenure system with a difference only in the duration of time with which the tenant is allowed to use the land. While a lease period could go on for many years, land rent is usually shorter. The owner has the land-only temporarily. The rent tenure system does not encourage long term planning.

Under the freehold tenure system, an individual or a group buys the right of ownership to land. Although buying land under this tenure can be expensive, the land can however be used to secure loans.

Tenants at Government Will 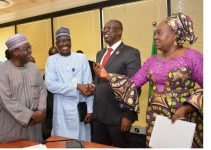 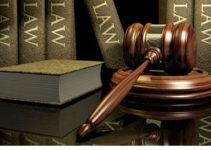