Every institution has set rules and regulations that are put in place to ensure their members conduct themselves in a disciplined and orderly manner. However, when members do not conduct themselves with respect to the rules and regulations, that’s referred to as indiscipline. In this article, we’ll be addressing the various types of indiscipline common in schools, the private sector, and in government offices in Nigeria. Keep on reading to find out those negative attributes that have weakened our social institutions, caused instabilities, encourage corruption, and given the country a bad image.

The types of indiscipline in Nigeria would be discussed below:

Bribery involves the offering or acceptance of gifts, payments, or rewards in return for preferential treatment. It can take the form of offering items to public officials to circumvent local or a senior public official receiving cash from an employee to effect a pay rise. Bribery damages the reputation of the individuals or companies involved, and can also lead to decreased employee morale, among other effects.

Loafing denotes the reduction of individual effort in joint assignments in a workplace. When employees or workers who are part of a group fail to put in their maximum individual effort to achieve the set goal, it leads to reduced productivity.

Tardiness refers to the habit of being late. This form of indiscipline is noticed in government offices, private organizations, and all levels of education. Habitual lateness to school can negatively affect learning outcomes while affecting productivity in workplaces.

Buck passing, or playing the blame game, is a common form of indiscipline observed in workplaces across Nigeria. This simply means the refusal to take responsibility for stuff under one’s control. In a workplace, playing the blame game can prevent the ‘blamer’ from learning and growing, as well as making other members of the team lose trust in such a person. If left unchecked, a toxic work culture breeds.

In Nigeria, cases of nepotism abound in both government offices and the private sector. In the workplace, nepotism is when a member of staff of high authority appoints relatives or friends for a job without considering the more experienced and qualified persons that are available.  This form of undisciplined ruins workplace culture demoralizes talented employees and promotes partiality.

Lethargy refers to when one is persistently exhausted even after rest. It may be a result of insufficient sleep and/or excessive workload. If left unchecked in the workplace, lethargy can affect productivity as affected employees would experience decreased task motivation, poor psychometric coordination and decreased alertness.

Kickback is a common form of indiscipline that happens in government offices, as well as in the private sector. For kickbacks to happen, a negotiation is made between a contractor seeking to land a contract and an employee (or a group of employees) of the awarding business or government agency, in which a portion of the payment of the contract would be paid to the employee(s) for his (or their) assistance in obtaining the contract. An inflated invoice is usually submitted by the contractor, and the employee(s) of the victim company gets a “cut of the action” for securing the contract.

In Nigeria, the scourge of embezzlement is felt in both the private sector and in government offices. Embezzlement is a form of indiscipline that involves an individual (or group of persons) converting funds or other assets entrusted in their care for a specific purpose for their personal use or what it wasn’t intended for. In the public sphere, embezzlement can come in the form of payment of salary to ghost workers, unauthorized spending of public funds, or payment of dubious contracts. The impact of embezzlement affects the provision of infrastructure for the public good and hampers the development of Nigeria at large.

Cultism is a form of indiscipline mainly practised by young people at tertiary and secondary levels of education in Nigeria. These young boys and girls who practice cultism pledge allegiance to secret societies such as Supreme Vikings Confraternity, Buccaneers and Black Bra, among others. These cult groups are notorious for engaging in intimidation, theft, disruption of school activities, and destruction of lives and properties.

This type of indiscipline is associated with young people of school-going age in which a student is deliberately absent from compulsory education without being duly excused by the school’s authorities. Sometimes, students may not go to class even when they attend school. Truancy affects the academic performance of students and may lead to students engaging in other vices during school hours.

Vandalism is the willful damage to private and public properties, without the permission of the owners. Acts of vandalism include breaking windows, arson, ransacking a property, spraying paint on a property, breaking open oil pipelines, etc.

Secondary schools and tertiary institutions in Nigeria have defined dress code guidelines that guide how their students are expected to dress. Violation of the dress code is therefore a form of indiscipline whereby students wear articles of clothing that are against the established dress code such as putting on clothes that show sensitive body parts or underwear, in turn, disrupting the learning environment.

The use of foul language, especially by children still in primary and secondary schools, is considered to be an act of indiscipline. In Nigeria, the use of profanities and swear words is widely considered offensive, indecent, impolite, and rude, even when spoken by adults.

According to NDLEA statistics released in June 2022, about 29.4 million Nigerians abuse psychoactive substances, pharmaceutical opioids, and other dangerous drugs including cannabis, cocaine, tramadol, morphine, methamphetamine tobacco, and diazepam, among others. Drug abuse has become a worrying trend as it further deepens the public health and public security challenges across the country. 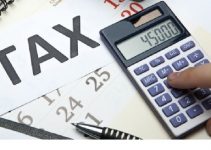 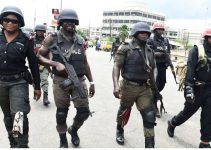 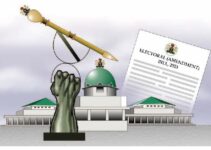 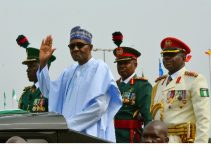 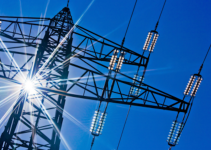