National disintegration remains a challenge to the development and peaceful coexistence of Nigerians. After the amalgamation of the northern and southern regions in 1914, it has been a daunting task to unify the various regions that are already divided along ethnic, religious, political and socioeconomic lines in Nigeria. This is in spite of the fact that many governments have since independence made national integration a priority in their agenda. This has been attempted through various initiatives such as the institutionalization of the federal character principle, the National Youth Service Corps (NYSC), unity schools, national symbols, and other mantras to foster national unity. This article writes on the problems of national integration in Nigeria. Here, you will find out why it has been difficult to achieve national unity over the years.

Problems of National Integration in Nigeria

Take the Federal Character for example, which was established with the major aim of fostering national unity. The constitution states that the government of the federation or any of its agencies must conduct its affairs in such a manner as to reflect the federal character of Nigeria. This is spelt out in the injunction that there must be no predominance of individuals from a particular ethnic group, state or other division in a government or in any of its agencies. This action is meant to promote national unity and national loyalty as opposed to having a government from a particular group with divided loyalty to their states or regions. Political leadership in Nigeria has been largely dominated by an ethnic group to the detriment of the others. The non-compliance to Federal character is most seen in how some political positions in certain government agencies seem to be reserved for people from certain parts of the country. These actions make for further disintegration as it allows for the feeling of bitterness and exclusion from other regions. Nigerians then begin to have a mindset that says each region is for himself and whoever gets to a national political position is there for his or her region and not for the nation.

Allegations of victimization of minority groups

Over the years, there have been several allegations of the marginalization of minority ethnic groups in Nigeria. These groups feel embittered and cheated and do not feel like they are a part of the nation. Thus, it encourages the division of loyalty to ethnic groups at the expense of the nation. This is what also results in the perpetual demand for the creation of more states. The demand for more states is usually just a strategy of political elites to create more political empires for themselves.

Since independence, politics in Nigeria has often been beset by conflict and strife. In many cases, such strife has escalated to violence along ethnic and religious lines. One evidence of this is the violence that takes place during election periods. Many of these violent attacks take place against a group or another along ethnic lines.

National unity will remain an illusion if the majority of the populace continues to live in abject poverty. In order for Nigerians to start to have a sense of belonging to one entity, there must be equity in the distribution of resources. When the problem of social and economic equity is addressed, there can be a corresponding change in the mindset of Nigerians.

Fair and equitable revenue allocation is crucial to the achievement of national unity and remains a major sore point in Nigeria. Over the years, there has been incessant and intense demand for a fair, just and equitable revenue allocation formula especially by the Niger Delta region. If these issues are not resolved, there will continue to be a problem of national disunity as such groups as the Niger Delta continue to feel cheated. There have been several discussions to increase the percentage of allocation from a minimum of 13% to 18% but all these have been to a dead end. The Niger Delta region is where the bulk of the oil is explored which is the major source of wealth for the country. The money derived from here is often used to service other parts of the nation while the Niger Delta region continues to be underdeveloped.

The media has also contributed to national disunity in Nigeria. In spite of the supposed freedom of expression, most media houses are yet to enjoy a real freedom of expression. The owners of the media usually bias and seek to protect the interests of their sponsors at the expense of national unity. Many publications and broadcasts have caused even more disintegration rather than unity.

This is also a major problem in achieving national integration in Nigeria. A change and shift in mindset and perspective can only be achieved through education. In order to break through the vices of religious intolerance, ethnocentrism, and tribalism, the government needs to properly educate the people.

In Nigeria, the state has no autonomy over natural resources found on its land. In other words, only the Federal government has the autonomous right to explore natural resources found in any state. The states in Nigeria have not been given powers to explore their own natural resources, which means they are not in a position to obtain direct and maximum advantages of these resources. Take, for example, the issue of the Niger Delta crisis, if resources were to be managed by the state, the state government will be more concerned about oil spills and pollutions in the region. It is believed that more state autonomy will make for greater development and national unity. 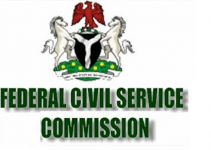 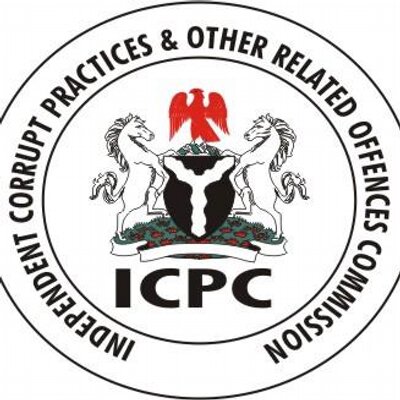