Kano State is the second most populous state in Nigeria, with an estimated population of over 11 million people. The State is located in the Northern region of the country, and it is the state with the highest number of local governments in Nigeria. The state is known for its prowess in agriculture as most of the population is involved in subsistence and commercial agriculture.

Statistics show that about 60% of the Kano State population is made up of youths. With this predominantly youthful population, it is necessary for the state to have enough and well-equipped institutions of higher learning. These institutions will cater to the higher education needs of the youth as well as researchers.

This article provides information about the major institutions in Kano State though in no specific order.

The Yusuf Maitama Sule University offers several courses which are endorsed by the NUC to offer certificates at all levels. The university offers admissions to both local and international students. The university environment is designed to be serene and conducive for study. The institution boasts of up-to-date equipment necessary for effective learning.

2. Kano University of Science and Technology

This prestigious university was established in the year 2000 and has since grown to become a citadel of reputable learning. The university is known to attract hundreds of applications from all over the country on a yearly basis.

Kano University of Science and Technology (KUST) is located in the large town of Wudil, away from the busy Kano metropolis. This town boasts of a population of about 250,000 inhabitants. The university is a major contributor to the economy of the town as well as its population.

The university offers several courses which have been approved by the National Universities Commission (NUC). The courses approved offer certificates at graduate level alone for now. Established as a nonprofit institution, the university offers admission to both males and females.

The university is well equipped to handle the technological nature of the courses studied. The environment is also designed to be friendly for study and human development. Admission requirements may vary dependent on courses selected but local and foreign students are allowed to apply.

This is the most recently established higher institution in the state. It was established in the early part of 2018. Despite being established this year, all the courses offered have been fully accredited by the National Universities Commission. A commendable record for the university though the institution is yet to be ranked by the Nigerian University ranking system.

The university is a coeducational institution which offers admission to both local and international students. Formerly the university was affiliated with religion but this affiliation has since been broken. Presently the institution offers courses in different disciplines which lead to officially recognized certificates.

The university is located in the Kano city center which is the most populous part of the city. Though Skyline University is still quite small in size and population, it has in place state of the art infrastructure perfect for efficient study.

Bayero University is one of the highest ranking in the country presently standing at number 20. It is presently the university receiving the second highest applications in the whole of the north. In the last 5 years applications have stood at a range of 7,000 to 8,000 applicants.

This university is one of the oldest in the country as it was established in 1975 along with a couple of other Federal Universities. The coeducational institution offers courses in various discipline which yield recognized certificates at different levels. Students from within and outside the country can apply for admission.

Located in the city center, this university is undoubtedly the largest in the state both in population and landmass. Admission requirements and tuition fees may vary dependent on the courses of study and the certificate offered.

This is one of the longest existing higher institutions in the city of Kano as it was established in 1981. This institution was setup by the Kano state government with the name Advanced Teacher’s College around Waje. The institution was moved in 1982 to its present location and restructured as a college of education.

The institution is under the watchful eye of the Kano State Institute of Higher Education. The college was designed to provide a conducive and learner friendly environment for learning and impartation. To achieve all of this infrastructure and up-to-date equipment are on ground at the institution. The government established the institution to raise knowledgeable and highly motivated graduates.

The school provides courses in different disciplines and at different levels of certifications. Students from all over the country can apply to this prestigious institution. Sa’adatu Rimi College of Education Kano has been fully endorsed by the National Universities Commission (NUC).

There you have the list of colleges and universities in Kano State. They all provide high quality educational services at affordable rates. Studying in Kano State is quite conducive as the clime of the state is friendly and peaceful and the standard of living is affordable. 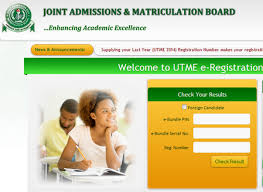