Currently, in Nigeria, two professors share the achievement of being the youngest professor in the country and we will take a look at their profiles.

The first one is Ayodele Awojobi. He was popularly called “Dead Easy”, “The Akoka Giant”, and “Macbeth” and he became a professor at the age of 37. Awojobi earned the nickname, ‘Macbeth’ in his secondary school when the lead actor took ill a week before, and so Ayodele was called upon to play the lead role in his stead.

It is said that not only did Ayodele master his lines as lead actor, but also the entire play, such that he was able to prompt the cast whenever they forgot their lines

Ayodele Awojobi was born in Oshodi, Lagos State on the 12th of March 1937. Awojobi grew up to become a popular Nigerian academic, author, inventor, social crusader and activist.

His academic traits began to manifest while he was at the CMS Grammar School. At that time, he was known to be gifted in mathematics, the sciences, and even the arts. In fact, he was a member of the school’s literary and debating society.

Awojobi passed his West African School Certificate examinations with a record eight distinctions in 1955. He proceeded to the Nigerian College of Arts, Science and Technology, Ibadan, for his General Certificate of Examinations, GCE (Advanced Level), where, in 1958, he sat for and obtained distinctions in all his papers: Physics, Pure Mathematics and Applied Mathematics. In 1962 Awojobi was awarded his first degree in mechanical engineering – a BSc (Eng) London, with first-class honours, at the then Nigerian College of Arts, Science and Technology, Zaria (now Ahmadu Bello University, Zaria).

He completed his engineering degree in a record three years, a feat which was impracticable prior to his admission. After his undergraduate degree, the Federal Government awarded Awojobi a scholarship in 1962 to study further at the post-graduate level in the field of Mechanical Engineering at the Imperial College of the University of London (now Imperial College London). He completed the course, successfully defending his thesis, and was awarded a PhD in mechanical engineering in 1966.

Awojobi was considered a scholarly genius by his teachers and peers alike. He taught at the University of Lagos for several years after which, he returned to the Imperial College London for a research study in the field of Vibration, and was awarded the degree of Doctor of Science, DSc.

However, when the university heard that Awojobi had just been awarded the degree of Doctor of Science (DSc), he was immediately appointed Professor in Mechanical Engineering, making him the youngest professor in the Faculty of Engineering, University of Lagos and the first ever to be expressly promoted from associate to full professorship within a week.

The second professor on our list is Ahmad Ibrahim Doko. He was promoted to the rank of Professor of Quantity Surveying in 2015 at the age of 37 making him the youngest professor at the Ahmadu Bello University Zaria.

He proceeded to Ahmadu Bello University, Zaria in 1991, where he obtained his B.Sc degree in Quantity Surveying in 1998, after which he joined the quantity surveying department of the university as assistant lecturer in 2000.

Professor Doko served as head of quantity surveying department of the university between 2008 and 2012. During this period, he was appointed as the managing director of the main consultancy firm of the university (ABUCONS) in 2010.

Being a Professor in Nigeria: What Does It Entail?

When it comes to achieving the highest academic rank in the university which is the professorship, the journey can be likened to that of the proverbial thousand miles.

However, it seems some academics have found a way to hack the system by taking quicker steps hence leading to them reaching their destination faster.

In this post, we have decided to take a look at a couple of individuals that have attained the position of professor in the country at a relatively young age.

But first, let’s take a look at what it entails to become a University Professor.

Basically, the rank of a professor is a University based appointment but prior to achieving this rank, there are other ranks to attain.

On the path to becoming a professor, one of the first ranks you will attain is the instructor position. Typically, instructors hold a minimum of a Master’s degree or equivalent and they must have completed most or all of the requirements for the doctorate or its equivalent.

After the instructor rank, the next position is the Assistant Professor. Generally, an assistant professor is expected to have earned a doctoral or professional degree (such as a law degree) or equivalent and they must have demonstrated a commitment to teaching and scholarly or professional work of high caliber.

The next is the Associate Professor which is a position that meets the requirements for appointment as an assistant professor but it differs in that the individual must also have a national reputation as a scholar or professional.

After reaching these prior positions, your final step is the appointment as a Professor. For this position, you are expected to meet the requirements for appointment as an associate professor. Also, you must have a distinguished record of accomplishment that leads to an international or, as appropriate, national reputation in their field of expertise. 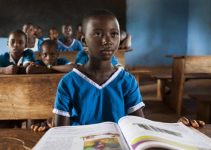