Religion in Nigeria comprises a nearly equal proportion of Christian and Muslims. However, there are other religions asides these two.

According to a recent report, it was reported that about 40% of the total population is Christian while the Muslim population is about 50% while 10% belongs to other religious affiliations.

In this post, you’ll discover what Christianity, Islam as well as the other religions in Nigeria entail.

Based on these stats, most Nigerian Christians are Protestants. These include churches like the Redeemed Christian Church of God, Winners’ Chapel, Christ Apostolic Church (the first Aladura Movement in Nigeria), Deeper Christian Life Ministry, Evangelical Church Winning All, Mountain of Fire and Miracles, Christ Embassy, The Synagogue Church Of All Nations, The CommonWealth Of Zion Assembly (COZA), The Redeemed Evangelical Mission, Foursquare Gospel Church amongst other. These churches have been growing significantly from 1990s till present.

Ethnicity also seems to influence church followership. For instance, the Yoruba area comprises a large Anglican population while Igboland is predominantly Catholic. On the other hand, the Edo area initially had a lot of Christians attending the Assemblies of God Church.

It would be recalled that the Assemblies of God Church was introduced to Nigeria by Augustus Ehurie Wogu and his associates at Old Umuahia.

The Middle Belt of Nigeria contains the largest number of minority ethnic groups in Nigeria and most of the residents in this region are mainly Christians with a handful of Muslim converts.

Generally, Christianity is divided into the following groups:

Nigeria has the largest Christian population in Africa. A report in 2011 revealed 51.6% of Nigerians are Christians.

The report distributes Christianity based on denominations as follows, 24.8% are Catholic, 74.1% are Protestant, 0.9% belongs to other Christian denominations and a few of them are Orthodox Christians.

The majority of Christians are found in the South East, South-South, South West and Middle-Belt region. Although, Nothern Nigeria is predominantly Islamic, there are mission stations and mission bookstores, along with churches serving northern Christians in the northern cities and larger towns.

Islam was introduced to northern Nigeria in the 11th century. Shehu Usman dan Fodio, one of the major progenitors of Islam was able to establish an Islam-based government in Northern Nigeria prior to the advent of Colonialism.

By the 16th century, it had become quite dominant in the major capitals of this region and was spreading to the Middle Belt and other parts of the country.

Islam eventually got to South West Nigeria and it was nicknamed “Esin-Mali” meaniing the religion from Mali by the Yorubas.

Majority of Muslims are Sunni which belong to the Maliki School of Jurisprudence. There is a minority that also belongs to Shafi Madhhab.

Additionally, a substantial number of Sunni Muslims are members of Sufi brotherhoods. A majority of the Sufis follow the Qadiriyya, Tijaniyyah and Mouride movement.

There’s also a minority group called the Shia. The Shia Muslims of Nigeria are primarily located in the Sokoto State and they are said to comprise between two to four million of the Nigerian population. Ibrahim Zakzaky was a major influence in introducing Shia Islam to Nigeria.

Other Muslim groups include the Ahmadiyya movement which was established in Nigeria in 1916. This group makes up approximately 3% of the Muslim population. The Ahmadiyyas established a weekly newspaper called “The Truth” which was the first Muslim newspaper in the country.

Another group is the Kalo Kato which is a group of Quranists. This group relies entirely on the Quran and they are found in poor communities across northern Nigeria.

There are some groups that are known for their extremism they include the Boko Haram, Maitatsine, Darul Islam among others.

These radical movements have grown as a result of the poor socio economic infrastructures and poor governance in the country.

The traditional religion expresses a theology that associates local beliefs to a central citadel government and its sovereignty over a hinterland of communities through the monarch. For instance, in Yorubaland, the seat of the king (Oba) is responsible for the welfare of its jurisdiction, in return for confirmation of the legitimacy of the Oba’s rule over his subjects.

Atheism is a growing religion in Nigeria with most atheists being former Muslims or Christians.

Hinduism spread to Nigeria mainly by immigration of Hindus from India and of Hare Krishna Missionaries. Many Nigerians have converted to Hinduism mainly due to efforts of ISKCON Missionaries.

This is a mixture of Christianity and Islam and this religion takes practices from both the Bible and the Quran.

Nigeria has become an African hub for Grail Movement and this movement is inspired by the work of Abd-ru-shin.

The Ogboni Fraternity was established in 1914 by the Ven. Archdeacon T. A. J. Ogunbiyi. As at 1996, it had over 700 conclaves/lodges in Nigeria and beyond. 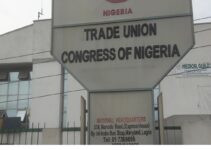 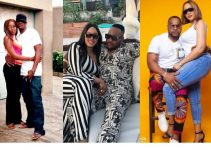 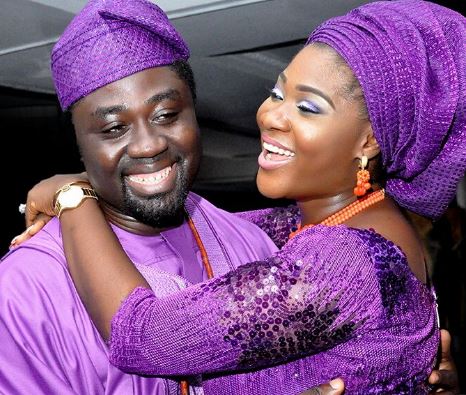